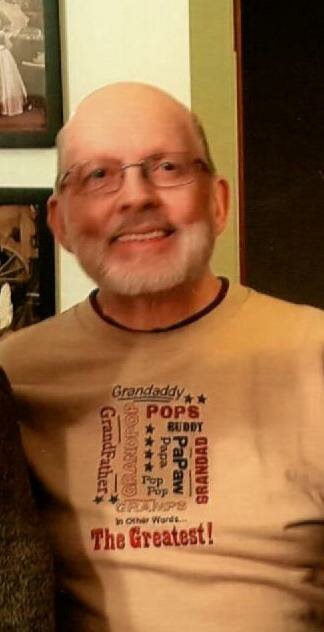 Please share a memory of James to include in a keepsake book for family and friends.
View Tribute Book
James R. Clarke, Sr., 74, of Hopewell Township, passed away on Saturday, July 9th, 2022 at Inspira Medical Center Vineland, with his family by his side. Born in Woodbury and raised in Elmer, James “Jim” was the son of the late Edmond E. Clarke and Birdie Shelton Clarke Edwards and was the husband of Phyllis Maurer Clarke for 52 years. He graduated Bridgeton HS in 1965. He had been a Hopewell Township resident since 1976 and had lived in Hollywood, FL and Elmer, NJ after marriage. At his retirement, Jim was employed as a Respiratory Therapist with the medical practice of Dr. John Jayne in Absecon, NJ. Prior employments included many hospitals including Staff Therapist at Jackson Memorial in Miami, FL., and Dept. Director at Cooper, Bridgeton, and Elmer hospitals in NJ. Jim earned his Associates Degree from Atlantic CC in 1972 on the GI Bill after his honorable discharge from the US Navy in 1968. A Veteran of the Vietnam War, Jim proudly served his country as a member of the United States Navy upon his enlistment in 1965. After completing Hospital Corps and Fleet Marine Force Combat Medic schools, he was a FMF Navy Corpsman with the 1st Marine Div., REIN 5th and 7th Regiments, in ChuLai from 1966-67. Upon his return home from Vietnam, he worked at Naval hospitals in St. Albans, NY and Philadelphia, PA. In addition to his wife Phyllis, he is survived by his two children, James R. Clarke, Jr. (Aimee) of York, PA and Lori Clarke Steiner (Curt) of Naperville, IL; five grandchildren, Kevin Clarke, Jeffrey Clarke, Brian Clarke, Meredith Steiner, and Abigail Steiner; two brothers, Ed Clarke (Sue) of Glassboro and Ronald Clarke of Gibbstown and a sister, Donna Clarke Chiarello (Joe) of Millville. Jim was an avid reader and loved spending time with family and friends. He was always telling stories about his childhood, his friends from Vietnam, and his hospital experiences in all the places he worked. A stranger to no one, he was quick to start up a conversation or help a person in need. Funeral services will be held at the PADGETT FUNERAL HOME, 1107 State Highway 77, Upper Deerfield Township on Saturday, July 16th at 11:00 AM. Friends will be received from 9:00 to 11:00 AM prior to the services at the funeral home. Written condolences can be sent to the family through the funeral home website at www.padgettfuneralhomes.com In lieu of flowers, please make a donation in Jim’s honor to Vietnam Veterans of America (https://vva.org/donate/) or the Veterans organization of your choice
Saturday
16
July