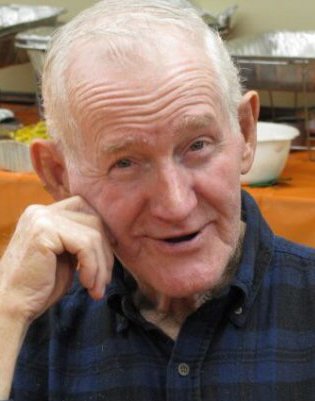 Earnest “Earnie” Riddle, Sr., 81, of Lower Alloways Creek passed away at his home on Monday, July 1, 2019 under the care of hospice and his family

Born in Waynesville, NC to the late Charles T. Riddle and Jennie Louise Mathis Riddle, he was the husband of Mary F. Goodwin Riddle. At the age of 17, Earnie moved to Pennsville with his family to seek work in the tree service industry. He did return to the south briefly before settling in Lower Alloways Creek where he was a resident for most of his life.

Prior to his retirement, Earnie had worked for Asplundh Tree Service for 24 and a half years as a foreman. He had been formerly employed by; Bartlett Tree Service, Anchor Hocking Glass Co., Jersey Market in Salem, General Motors in DE, Hoogendorn Nursery and the Hinkle and McCoy Tree Service. He had also been self employed in the tree service industry at his own firm R&H Tree Service.

Earnie was a dedicated member and deacon of the Tri-County Lighthouse Baptist Church in Deerfield Twp. He was a former member of the Willow Grove Baptist Church and Hope Freewill Baptist Church where where he also served as a deacon. Earnie was dedicated fully to serving the Lord and would fill in as a lay minister whenever needed. He also played guitar and sang tenor for over 30 years in the local gospel group “Strings of Gospel”.

Funeral Services will be held at the PADGETT FUNERAL HOME, 1107 State Highway 77, Upper Deerfield Twp. on Saturday, July 6th at 12 Noon. Interment will take place at East View Cemetery in Salem. Visitations will be held at the funeral home on Friday evening, July 5th from 6 PM to 8 PM and on Saturday morning, July 6th from 11 AM to 12 Noon prior to the services. Written condolences can be sent to the family through the funeral home website at www.padgettfuneralhomes.com.

Share Your Memory of
Earnest "Earnie"
Upload Your Memory View All Memories
Be the first to upload a memory!