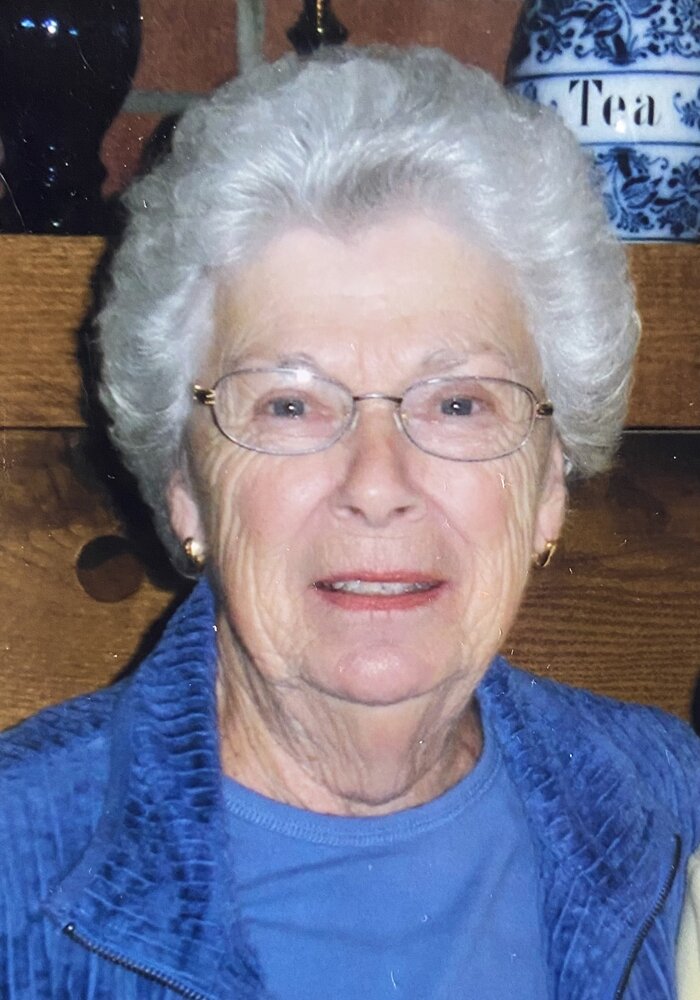 Please share a memory of Alice to include in a keepsake book for family and friends.
View Tribute Book
Alice M. Blew, 86, of Fairton passed away Monday, January 2, 2023, at her home under the care of her family and hospice. The daughter of the late Thomas Kandle and Sara Moore Kandle, she was born and raised in Elmer and was the wife of the late Richard B. Blew. She had been a Fairton resident since she and Richard were married in 1955. For many years she worked at the family owned Blew Valley Farm in Fairton. She enjoyed working at the family farm stand selling Blew's corn while socializing with customers and friends. Alice was a dedicated member of the Fairton United Methodist Church. In her free time, she enjoyed playing solitaire and spending time with her family, especially her grandchildren and great grandchildren. She is survived by; her son, Richard B. Blew, Jr. (Melanie) of Fairfield Twp. and her daughter, Terri L. May (Steven Ernest) of Hopewell Township; five grandchildren, Ashley Haas, Erin Blew-Romano, Garrett Blew, Allison May and Catie May, six great-grandchildren and one on the way. She was preceded in death by; her parents, Thomas and Sara Kandle; her husband, Richard B. Blew; and her sister, Mary Bowker. Funeral services will be held at the Fairton United Methodist Church, 20 Main Street, Bridgeton (Fairfield Twp.) on Tuesday, January 10th at 12 NOON. Friends will be received at the church from 10:00 AM to 12:00 PM prior to the services. Interment will take place at Overlook Cemetery in Bridgeton. In lieu of flowers the family asks that contributions in Alice’s memory be made to the Fairton United Methodist Church, 20 Main Street, Bridgeton, NJ 08302. Arrangements are under the direction of the PADGETT FUNERAL HOME, Upper Deerfield Township. Written condolences can be sent to the family at www.padgettfuneralhomes.com.
Tuesday
10
January

Look inside to read what others have shared
Family and friends are coming together online to create a special keepsake. Every memory left on the online obituary will be automatically included in this book.
View Tribute Book
Share Your Memory of
Alice
Upload Your Memory View All Memories
Be the first to upload a memory!
Share A Memory
Plant a Tree