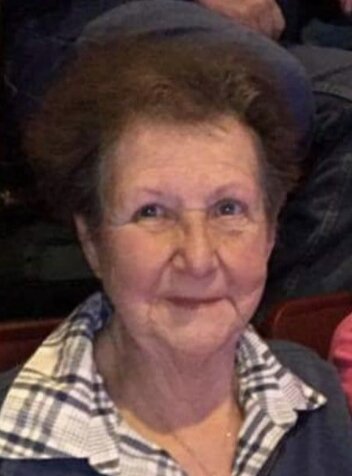 Please share a memory of Ruth to include in a keepsake book for family and friends.
View Tribute Book
Ruth E. Boone, 82, of Hopewell Twp. passed away on Sunday, December 18, 2022 at Inspira Medical Center in Vineland. Born in Bridgeton to the late Albert Drain and June Cressington Drain, she was the wife of the late Louis Boone Sr. She was a resident of Cumberland County all of her life. Ruth had been previously employed by Seibel and Stern in Bridgeton, West Company in Millville and Newshire Forms in Bridgeton. She was a member of the VFW Meade Woodward Post 1795 and the Fraternal Order of Eagles Airy #2127. In her free time, Ruth enjoyed; going to yard sales, antiquing, puzzle books, collecting coins, visiting the casinos and most of all spending time with her family. She is survived by; her children, Cathy Brobst (Rich) of Hopewell Twp. And Louis Boone, Jr. of Hopewell Twp.; her brother, Donald Drain (Bernice) of CA; her grandchildren, Leslie Burke and Kelly Wirsing and her great-granddaughter, Isabella. She was preceded in death by; her husband, Louis Boone, Sr.; her parents, Albert and June Drain and several brothers and sisters. Funeral services will be held at the convenience of the family written condolences can be sent to the family through the funeral home website at www.padgettfuneralhomes.com.

Look inside to read what others have shared
Family and friends are coming together online to create a special keepsake. Every memory left on the online obituary will be automatically included in this book.
View Tribute Book
Share Your Memory of
Ruth
Upload Your Memory View All Memories
Be the first to upload a memory!
Share A Memory
Plant a Tree