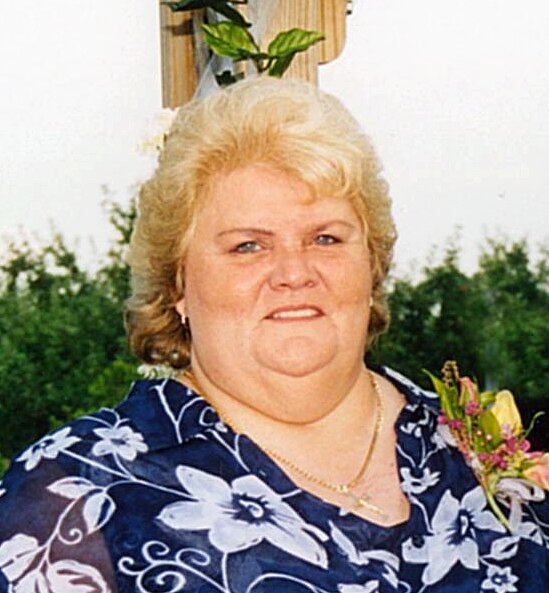 Please share a memory of Patricia to include in a keepsake book for family and friends.
View Tribute Book
Patricia Ann Johnson, 74, of Bridgeton, NJ passed away peacefully on Wednesday, December 14, 2022 at Lincoln Specialty Care where she had been a resident for the past few years. Patricia was born in Pulaski, Virginia, on December 26, 1947 to Beecher and Esther Gravley. She was one of five children. Patricia was preceded in death by her parents; Beecher & Esther Gravley, brother Beecher Gravley Jr., sisters Wanda Lloyd & Diana Hoffman, brothers-in-law Lewis Lloyd and Wayne Hoffman. Over the years, Patricia was employed at the Millville Laundry and Menz Brothers until health related complications left her unable to work. She was a member of the Salvation Army Church in Bridgeton. During her years of battling multiple health issues, she attended the Cumberland County Adult Day Care Program and the Inspira Life Center where she enjoyed socializing and crafting. Her hobbies included; knitting, painting, crocheting and going to play the slot machines in Atlantic City. You could always find her watching sports (wrestling, the Dallas Cowboys and Philadelphia Phillies), with a cold Pepsi in hand. Her true joy came from spending time with her five grandchildren whom she adored. Patricia is survived by her children; Tonia Johnson of Bear, DE., Brian Johnson of Bridgeton and Rob (Heather) Johnson of Vineland, five grandchildren, Todd Davidson Jr, Farah, Kyleigh, Mackenzie and Dallas Johnson, sister Norma Jean Hall (Ron), sister-in-law Doris Gravley and a host of nieces, nephews and close friends. Memorial services will be held at the PADGETT FUNERAL HOME, 1107 State Highway 77, Upper Deerfield Township on Monday, December 19th, at 2:00PM. Friends will be received at the funeral home from 1:00-2:00 PM prior to the services. In lieu of flowers, memorial contributions may be made to The Salvation Army Church, 29 W. Commerce Street, Bridgeton, NJ 08302. Written condolences can be sent to the family through the funeral home website at www.padgettfuneralhomes.com
Monday
19
December

Look inside to read what others have shared
Family and friends are coming together online to create a special keepsake. Every memory left on the online obituary will be automatically included in this book.
View Tribute Book
Share Your Memory of
Patricia
Upload Your Memory View All Memories
Be the first to upload a memory!
Share A Memory
Plant a Tree