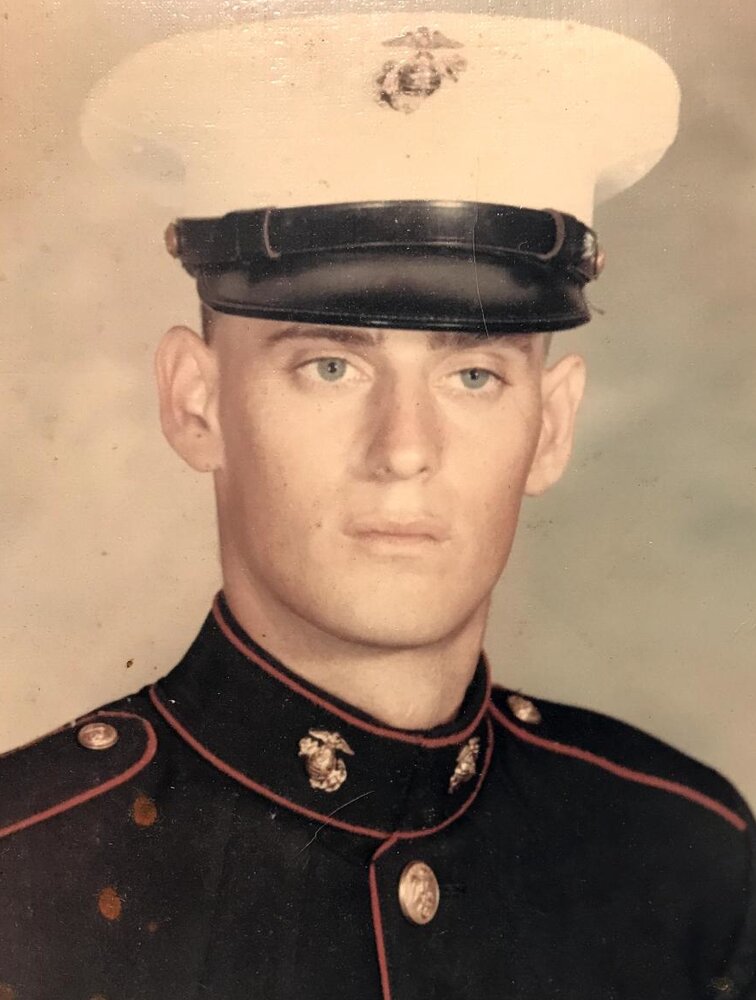 Please share a memory of Furman to include in a keepsake book for family and friends.
View Tribute Book
Furman Charles Clark, known to most as Chuck, aged 72 of Bridgeton passed away on Sunday, December 11th at his home. He was 6ft 2, eyes a blue, and usually always had a Fu Man Chu. He had the brains and wit like no other. He was a very intelligent man and taught so many wise and valuable things to all those that crossed his path. Chuck was very proud to have served his country as a United States Marine and fought in the Vietnam War. Chuck was a big scrapper and it was something he really enjoyed and shared with so many individuals. He was a loving father to his three children and would go to the end of the world for them. He has spent his last 8 years with the love of his life, Anne Herman. She took care of him and loved him and stayed by his side till the moment he went to be with the Lord. Chuck is survived by his companion Annie Herman of Bridgeton; his children, Furman C. Clark of FL, Crystal Weldon of AR, and Nicole (Steven) Kaetzel of Florida; his grandchildren, Destiny (Thomas) Barrentine, Courtney Morris, Kiptyn Palone, Zachary Clark, and one on the way, all of AK, and his great-grandchildren, Marlee Dixon, Matthew Barrentine and Isabella Barrentine, all of AK. He was predeceased by his parents Furham and Bertha Clark nee Griner and his siblings Verna Evans and Mike Falcon. Funeral services will be held privately at the convenience of the family. Written condolences can be sent to the family through the funeral home www.padgettfuneralhomes.com.

Look inside to read what others have shared
Family and friends are coming together online to create a special keepsake. Every memory left on the online obituary will be automatically included in this book.
View Tribute Book
Share Your Memory of
Furman
Upload Your Memory View All Memories
Be the first to upload a memory!
Share A Memory
Plant a Tree