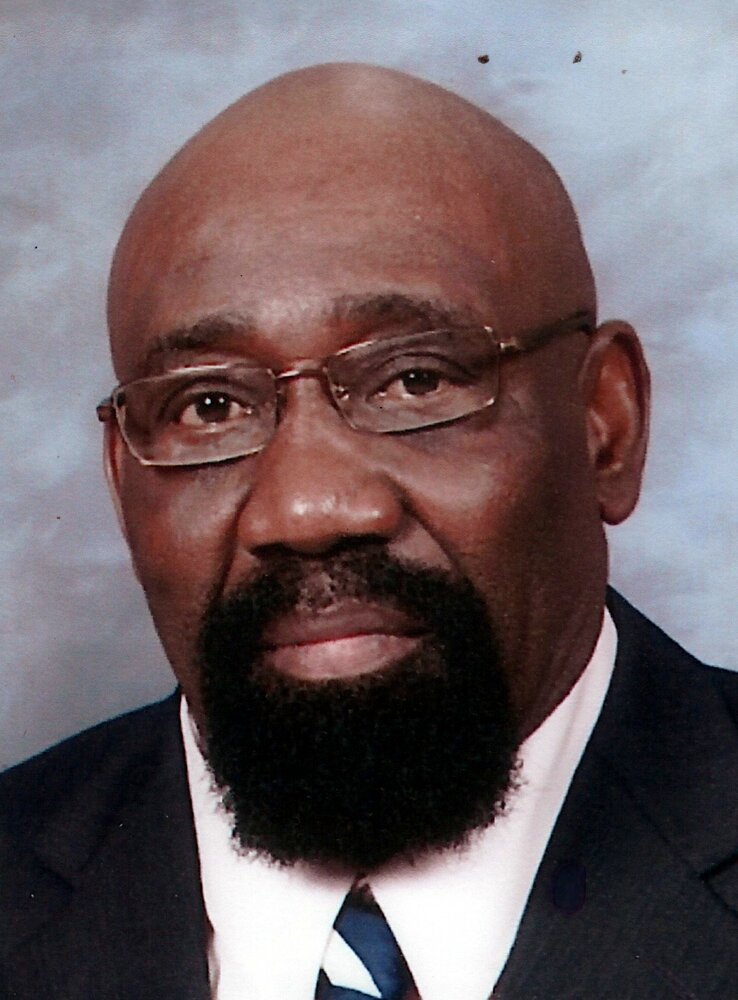 Please share a memory of Floyd to include in a keepsake book for family and friends.
View Tribute Book
Floyd Lee Jones Sr. Was born on July 5,1946 in Waynesboro GA to the late Willie and Irene (Hilton) Jones. He departed this world on Friday November 25,2022 at home surrounded by his family. Floyd attended the Bridgeton Public school system and graduated high school in 1964. During his time in high school, he was a member of the football and baseball teams and was inducted into the Bridgeton Baseball Hall of fame in 2012. After high school, he attended college in Burbank, CA before enlisting into the United States Air Force Service. While in the Air Force, he became a SSGT officer and a SCTY policeman member. As a child, he was a member of the First Baptist Church of Deerfield where he was the Church secretary and a Junior Deacon. He later on in Life joined Union Baptist Temple where he attended services. Floyd had been previously employed by Murbeck‘s in Bridgeton and later he went to work for Red Pack in Cedarville NJ for 20 years, until the closing of the plant. Afterward, he worked various factory jobs until he retired. Floyd loved sports, especially his Philadelphia sports teams, the Eagles and the Phillies. He watched all sports and enjoyed them in his pass time. He also loved the time he spent as a Little League Baseball coach for many years. He leaves behind cherished memories to; his wife, Nancy Jones; four sons, Floyd (Cathy) Jones of Sewell, NJ, Rhyshawn Strickland of Dallas, TX, Romay Thomas of GA and Chris Thomas of WI and five daughters, Yvette Reed (Julius) of Lindenwold NJ, Vanessa Thomas-Handy of Vineland NJ, Clara Thomas of Bridgeton NJ, Cynthia Thomas of WI and Marvena Strickland; his sister, Equilla Harris; his mother in law, Richie Lampley; two brothers in law, Larry Traver of NY and Donzell Lampley of NJ; four sisters in law, Effie Jones of NJ, Teresa Lampley of MD, Veronica Lampley of DE and Monica Lampley of FL; 16 grandchildren, 11 great-grandchildren and a host of nieces and nephews. He was pre deceased by; his three brothers, Willie Jones, Rosevelt Jones and Norris Jones and one brother in-law, Lonnie Harris. Funeral services will be held at Union Baptist Temple, 30 Martin Luther King Jr. Way, Bridgeton on Saturday, December 10th at 11 AM. Interment will take place at Cumberland County Veterans Cemetery in Hopewell Twp. Friends will be received at the church from 9 AM to 11 AM prior to the services. Written condolences can be sent to the family through the funeral home website at www.padgettfuneralhomes.com.
Saturday
10
December

Look inside to read what others have shared
Family and friends are coming together online to create a special keepsake. Every memory left on the online obituary will be automatically included in this book.
View Tribute Book
Share Your Memory of
Floyd
Upload Your Memory View All Memories
Be the first to upload a memory!
Share A Memory
Plant a Tree