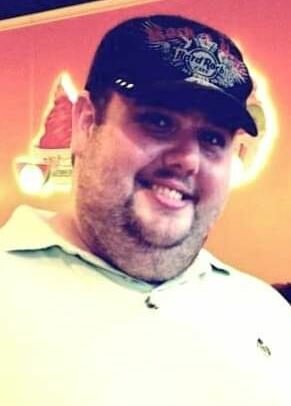 Please share a memory of Michael to include in a keepsake book for family and friends.
View Tribute Book
Michael Alan Peterson, 38, of Sewell formerly of Bridgeton passed away unexpectedly at his home on Monday, November 7, 2022. Born in Bridgeton to Chester Peterson and the late Sharon Knipe Peterson, he had been a resident of Sewell since 2015 and prior to that he had resided in Bridgeton. He had been a graduate of Bridgeton High School Class of 2002. Mike had been most recently employed by the Glassboro Board of Education as a custodian for the past six years. He had been previously employed by the Upper Deerfield Board of Education in custodial work. In his free time, Mike loved adventuring around the Bayshore area and visiting local wineries especially Summit City Winery in Glassboro. He was also and avid fan of the Philadelphia Phillies and Eagles. Most of all, Mike enjoyed spending time with his family especially his nieces and nephew who where a huge part of his life. He is survived by; his father, Chester Peterson of Sewell; his sister, Amy Peterson of Pennsville; his close cousin, Jenn Knipe of Bridgeton; his nieces, Kacie and Emma and his nephew, Andrew. He was preceded in death by; his mother, Sharon Knipe Peterson and his maternal and paternal grandparents. A gathering of friends and family will take place at the PADGETT FUNERAL HOME, 1107 State Highway 77, Upper Deerfield Twp. on Tuesday evening, November 15th from 5 PM to 7 PM. Written condolences can be sent to the family through the funeral home website at www.padgettfuneralhomes.com.
Tuesday
15
November

Gathering of Friends and Family

Look inside to read what others have shared
Family and friends are coming together online to create a special keepsake. Every memory left on the online obituary will be automatically included in this book.
View Tribute Book
Share Your Memory of
Michael
Upload Your Memory View All Memories
Be the first to upload a memory!
Share A Memory
Plant a Tree