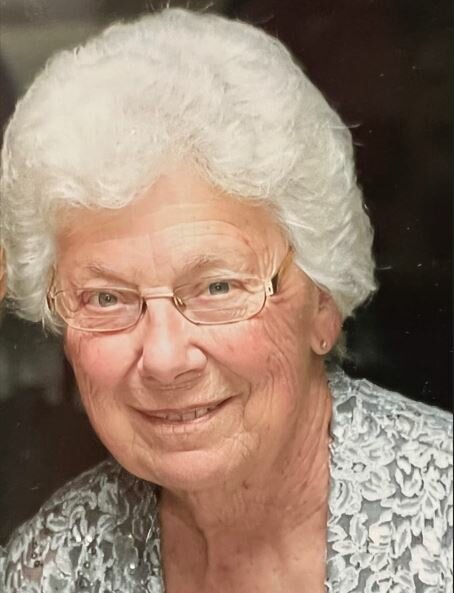 Please share a memory of Mary to include in a keepsake book for family and friends.
View Tribute Book
Mary L. Bowker, 86, of Dividing Creek passed away on Tuesday, November 1, 2022 at her home under the care of hospice and her family. Born in Elmer to the late Thomas Kandle and Sara Moore Kandle Jones, she was the wife of the late Harry C. Bowker, Sr. She was a resident of Dividing Creek since 1974 and prior to that she had lived in Fairton and Elmer. Mary was a long time member of Fairton United Methodist Church. Prior to her retirement, she had worked at the family farm, Blew Valley Farms in Fairton for many years. Mary had been previously employed at Kimble Glass from 1955 to 1965 and was a dedicated homemaker. Her family described her as an all around good cook. Mary also loved to spend time with her family, especially caring for her grandchildren. She is survived by; two children, Kelly DiJoseph (Nicholas) of Limerick, PA and Harry C. Bowker, Jr. (Kathleen) of Millville; three grandchildren, Michael Kurt Strittmatter (Tiffany) of Annapolis, MD, Joshua Bowker of Millville and Jason Bowker of Valley Forge, PA; her identical twin sister, Alice Blew of Fairton and many nieces and nephews. She was preceded in death by her husband of 43 years, Harry C. Bowker, Sr. who passed away in 2002. Funeral services will be held at Fairton United Methodist Church, 20 Main Street, Fairton (Fairfield Twp.) on Tuesday, November 8th at 12 Noon. Interment will take place at Chestnut Grove Cemetery in Elmer. Friends will be received at the church from 10 AM to 12 Noon prior to the services. In lieu of flowers, memorial contributions may be made in Mary's memory to Fairton United Methodist Church, 20 Main Street, Fairton, NJ 08320. Written condolences can be sent to the family through the funeral home website at www.padgettfuneralhomes.com.
Tuesday
8
November

Look inside to read what others have shared
Family and friends are coming together online to create a special keepsake. Every memory left on the online obituary will be automatically included in this book.
View Tribute Book
Share Your Memory of
Mary
Upload Your Memory View All Memories
Be the first to upload a memory!
Share A Memory
Plant a Tree