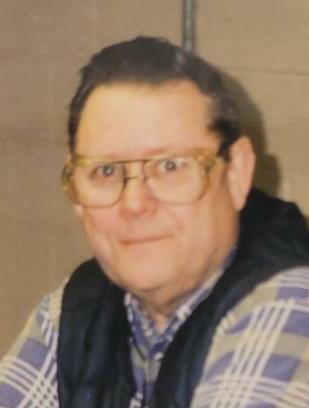 Please share a memory of Raymond to include in a keepsake book for family and friends.
View Tribute Book
Raymond Miller, Jr., 83, of Elmer passed away on Sunday, October 23, 2022 at Inspira Medical Center in Vineland. Born in Hopewell Twp. to the late Raymond Miller and Dorothy Fox Miller, he had been a resident of Elmer since 1963 and prior to that he had resided in Bridgeton. Before retirement, Raymond had been employed by Armstrong Cork Co. in Millville for 35 years and Durrand Glass Co. in Millville for 10 years. He was a veteran of the United States Coast Guard. Raymond was an avid fan of Star Wars and enjoyed collecting old coins. His family described him as a great conversationalist who never met a stranger. He is survived by; his nephew, Leon Miller and his wife, Felicia of Deerfield Twp. and several nephews and extended family members. He was preceded in death by; his parents, Raymond and Dorothy Miller; his brothers, Leon G. Miller and Allen W. Miller; his sister, Julia E. Griffith and his niece, Dorothy Miller. Funeral services will be held at the PADGETT FUNERAL HOME, 1107 State Highway 77, Upper Deerfield Twp. on Friday, October 28th at 1:30 PM. Interment will take place at Old Stone Church Cemetery in Fairfield Twp. Friends will be received at the funeral home from 12:30 PM to 1:30 PM prior to the services. Written condolences can be sent to the family through the funeral home website at www.padgettfuneralhomes.com.
Friday
28
October

Look inside to read what others have shared
Family and friends are coming together online to create a special keepsake. Every memory left on the online obituary will be automatically included in this book.
View Tribute Book
Share Your Memory of
Raymond
Upload Your Memory View All Memories
Be the first to upload a memory!
Share A Memory
Plant a Tree