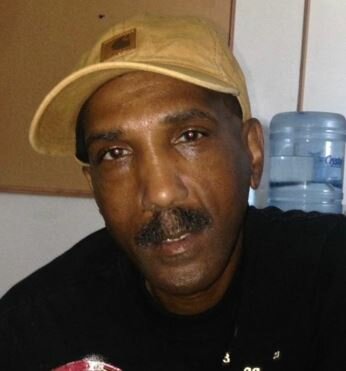 Obituary of Darrel A. Johnson

Please share a memory of Darrel to include in a keepsake book for family and friends.
View Tribute Book
Darrel Alfonso Johnson, 65, of Port Norris passed away on Friday, October 7, 2022 following injuries sustained in a motor vehicle accident. Born in Port Norris to the late William O. Johnson and Bernetta Bivens Johnson, he was the husband of the late Stella Ames Johnson. Darrel had been a resident of Port Norris for most of his life but had lived in Vineland and Millville previously. Before his retirement, Darrel had been employed at the Woodbine Developmental Center in Woodbine from 1978-1980 and from 2008-2022. He had been previously employed by Trop World and Taj Mahal casinos in Atlantic City, Wheaton Glass Co. in Millville and Surfside Foods in Port Norris. In his free time, Darrel loved driving his Dodge Charger and working out at the gym. He was also an avid fan of the Dallas Cowboys. He is survived by; his daughter, Donte Johnson of Millville; his step-son, DeWayne Ames of Port Norris; his siblings, William O. Johnson, Jr. (Gloria Gross) of Port Norris, Ronald A. Johnson of Port Norris, Glendon Johnson of Millville, Brenda Johnson of Millville, Earl Johnson of Port Norris, Kevin Johnson of Port Norris and Spring Johnson of Vineland; 11 grandchildren and a host of aunts, uncles, nieces, nephews, cousins and other family members. Besides his parents, he was preceded in death by; his wife, Stella Johnson and his nephew, Glendon Johnson, Jr. A memorial service will be held at the PADGETT FUNERAL HOME, 1107 State Highway 77, Upper Deerfield Twp. on Friday, October 21st at 11 AM. Inurnment will take place at Haleyville Methodist Cemetery in Commercial Twp. at a later date. Written condolences can be sent to the family through the funeral home website at www.padgettfuneralhomes.com.
Friday
21
October

Look inside to read what others have shared
Family and friends are coming together online to create a special keepsake. Every memory left on the online obituary will be automatically included in this book.
View Tribute Book
Share Your Memory of
Darrel
Upload Your Memory View All Memories
Be the first to upload a memory!
Share A Memory
Plant a Tree