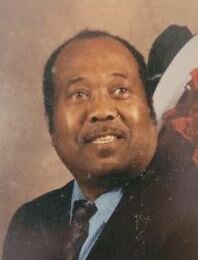 Obituary of James A. Sorrell

Please share a memory of James to include in a keepsake book for family and friends.
View Tribute Book
James A. Sorrell Sr., 87, of Upper Deerfield Twp., passed away unexpectedly at Cooper University Hospital in Camden following injuries sustained in a motor vehicle accident. Born in Warsaw, VA to the late Andrew Sorrell and Clara Sumiel Sorrell, he was the husband of Valrie Robins Sorrell. James had been a resident of Upper Deerfield Twp. for several years and prior to that he had resided in Millville. Before his retirement, James had been employed as a foreman at Mannington Mills in Salem for over 30 years. He was a veteran of the United States Army and had earned a Good Conduct Medal during his service. James was a long time member and deacon of Bethlehem Revival Temple in Bridgeton and spent most of his free time dedicated to his church. He also enjoyed traveling with his wife. He is survived by; his wife, Valrie Sorrell of Hopewell Twp.; his children, Mimia Sorrell of Millville, James Sorrell, Jr. of Salem, Veator Lipsey of Salem and Vanessa Lipsey of Savannah, GA; 4 grandchildren, Allen Sorrell of Bridgeton, Tyrell Thomas of GA, Savoya' Sorrell of Millville and Kelvin Tull of Millville; two sisters, Irene Sorrell of Swedesboro and Erma Carr of Salem; nine great-grandchildren and a host of nieces, nephews, cousins and other family members. He was preceded in death by; three children, Raymond Lipsey, Estella Lipsey and John Lipsey and five siblings, Ardelle Williams, Eugene Sorrell, Clarence Sorrell, Paula Cooke-Turner and Carolyn Sorrell-Lee. Funeral services will be held at the PADGETT FUNERAL HOME, 1107 State Highway 77, Upper Deerfield Twp. on Saturday, October 15th at 10 AM. Interment will take place at Greenwood Memorial Park in Millville. Friends will be received at the funeral home from 9 AM to 10 AM prior to the services. Written condolences can be sent to the family through the funeral home website at www.padgettfuneralhomes.com.
Saturday
15
October