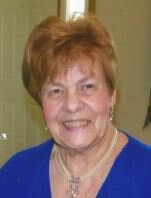 Please share a memory of Anna "Ann" to include in a keepsake book for family and friends.
View Tribute Book
Anna Harriet Beckett, 96, of Hopewell Township passed away at her home on Saturday, October 8, 2022 under the care of her family and hospice. The daughter of the late Joseph Hemple and Anna Dalton Hemple, she was the wife of the late Arnold S. Beckett, Sr. She was born in Hopewell Township and was a lifetime resident there. Before her retirement in 1997, Ann had co-owned and co-operated the A. Beckett and Son Insurance and Real Estate Agency in Shiloh for many years along with her son, Arnold. Prior to that she had been employed with the Clem Corporation in Spain for five years as an Analyst. She had been a longtime active member of the Bridgeton First Wesleyan Church and was a former member of the Bridgeton Area Chamber of Commerce. Surviving are her four sons, Arnold S. Beckett, Jr. of Upper Deerfield Township, Randy Lee Beckett and his wife Reiko of Lancaster, CA, Gary D. Beckett of Hopewell Township and George Beckett and his wife, Florence of Alloway Township; four grandchildren, Heather DeRosa and her husband, Randy, Mellonie O’Neill and her husband, John, Jr., George Beckett, Jr. and his wife Kai and Arnold Beckett, III and two great-granddaughters, Sydnie DeRosa and Aviauna Beckett She was predeceased by her siblings, Charles Hemple, James Hemple, Jasper Hemple, George Hemple, Joseph Hemple, Jr., Clarence Hemple, William Hemple, Milwood Hemple, Robert Hemple, Thomas Hemple, Mary Rowley, Ella Mae Pettit and Bertha Billings. Funeral services will be held on Monday, October 17th at 11:00 AM at the Bridgeton First Wesleyan Church, 200 Laurel Heights Drive, Upper Deerfield Township. Friends will be received at the church from 10:00 to 11:00 AM prior to the services. Interment will take place at Fernwood Memorial Park in Hopewell Township. Arrangements are under the direction of the PADGETT FUNERAL HOME, Upper Deerfield Township. Written condolences can be sent to the family at www.padgettfuneralhomes.com.
Monday
17
October

Look inside to read what others have shared
Family and friends are coming together online to create a special keepsake. Every memory left on the online obituary will be automatically included in this book.
View Tribute Book
Share Your Memory of
Anna "Ann"
Upload Your Memory View All Memories
Be the first to upload a memory!
Share A Memory
Plant a Tree