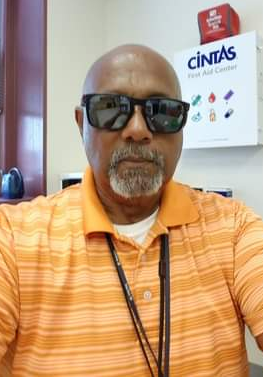 Please share a memory of Gary to include in a keepsake book for family and friends.
View Tribute Book
Gary P. Denby Sr., 72, of Bridgeton passed away on Wednesday, September 28th, 2022 at the University of Pennsylvania Hospital. Born in Bridgeton to the late Joseph Denby and Muriel Pierce Denby, he was the husband of Crystal Hart Denby. Gary enjoyed driving his cars, pool time, golfing, cracking jokes, and cooking, especially steaks, ribs, sausage with peppers and onions, and succotash. Above all he enjoyed spending time with his family and making memories, and loved his dog Junior. Gary was a hardworking man. He worked in law enforcement for 30 years, 4 years as a Sheriff’s Officer with the Cumberland County Sheriff’s Department, and 26 years with the Bridgeton Police Department, retiring as a Detective Sergeant. He had previously been employed with DuPont and as a delivery driver for Complete Care. He had also worked as security and head of security for various places including PSE&G, Bridgeton Public Schools, Brinks, Kintock, and had owned and operated his own business as a private investigator. Gary was a devoted husband, father, grandfather and mentor and was the “Toughest Teddy Bear” that you could know. He leaves to cherish his memory his wife of 34 years, Crystal Denby; his son Gary P. Denby Jr. (Romona) of Bridgeton, his daughter Shamarra Denby (Shyron) of North Carolina; three grandchildren, Shannon, Ja’Sani, and Shai; nephews, Joseph “Gary” Denby of DE, and Thomas Denby of CA. He was preceded in death by his parents; step-father, Austin Gould; and his brother, Joseph Denby. In lieu of flowers the family asks that contributions in Gary’s memory be made to the Bridgeton Police Athletic League 330 Fayette St., Bridgeton, NJ, 08302 Services will be held privately at the convenience of the family. Written condolences can be sent to the family through the funeral home website at www.padgettfuneralhomes.com .

Look inside to read what others have shared
Family and friends are coming together online to create a special keepsake. Every memory left on the online obituary will be automatically included in this book.
View Tribute Book
Share Your Memory of
Gary
Upload Your Memory View All Memories
Be the first to upload a memory!
Share A Memory
Plant a Tree