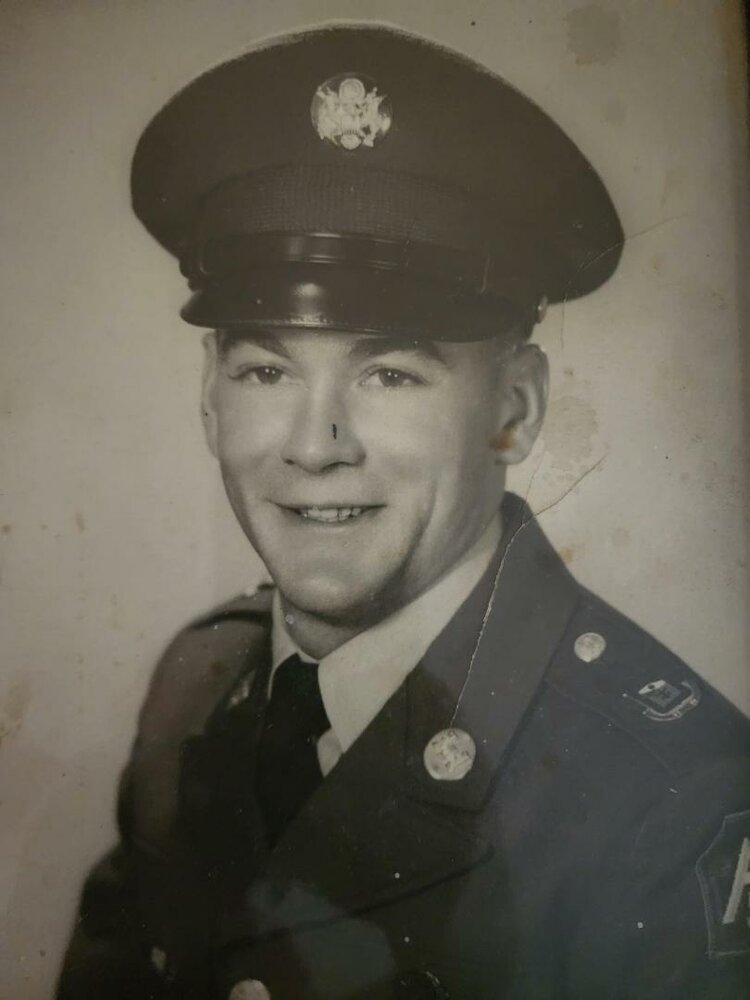 Please share a memory of L.C. to include in a keepsake book for family and friends.
View Tribute Book
L.C. Brown, Sr. passed away peacefully at home on Sunday, September 11, 2022, surrounded by his family, after a long battle with dementia. He was 84 years old. Born on July 13, 1938, in Waynesville, NC to Rayford and Ethel Brown, L.C. and his family relocated to NJ in 1949. He was well-known for his great sense of humor and for pulling a few pranks! He loved the outdoors and sports, especially playing and watching baseball (go Phillies!). He and his wife, Darlene, bowled together on various bowling leagues for many years. L.C. worked as a milkman for Shoemaker Dairy, before joining Mannington Mills in Salem, NJ, where he worked for 35 years until he retired in 2001. He continued to do nursery (shrub) work well into his 70’s, a 2nd job he did since he was a teenager. Having a heart for service, he joined the army in 1960, where he served his nation. A few years later, he gave his heart to Jesus Christ and spent the rest of his life serving his Lord and Savior, by serving those around him. He was a faithful member of Silver Lake Community Church in Bridgeton, NJ, where he served as Sunday School Superintendent, Treasurer, and Trustee over the years. He was very proud that his son, L.C. Brown Jr, was his pastor at Silver Lake Community Church for the past 22 years. L.C. was preceded in death by his parents, Rayford and Ethel (Parton) Brown; brothers, William (Bill) Brown, Charles Brown, Carroll Brown, James (Tom) Brown, and Kenneth Brown; sisters, Anita Loew and Patricia Durham. He is survived by his wife, Darlene (Watson) Brown; his children, Jack Williams Jr (Loretta), Terry Williams, Donald Williams (Michelle), Jerry Williams (Terri), Tracy Gosbin, Karen Crackovich (Mike), and L.C. Brown Jr (Debbie); his sister, Barbara Casper and brothers, Edward Moody (Sandra) and Bobby Moody (Kirsten); as well as many grandchildren, great-grandchildren, nieces, and nephews. Funeral services will be held at the PADGETT FUNERAL HOME, 1107 State Highway 77, Upper Deerfield Township on Saturday, September 17th at 11:00 AM. Friends will be received from 10:00 to 11:00 AM prior to the services at the funeral home. Written condolences can be sent to the family at www.padgettfuneralhomes.com.
Saturday
17
September

Look inside to read what others have shared
Family and friends are coming together online to create a special keepsake. Every memory left on the online obituary will be automatically included in this book.
View Tribute Book
Share Your Memory of
L.C.
Upload Your Memory View All Memories
Be the first to upload a memory!
Share A Memory
Plant a Tree