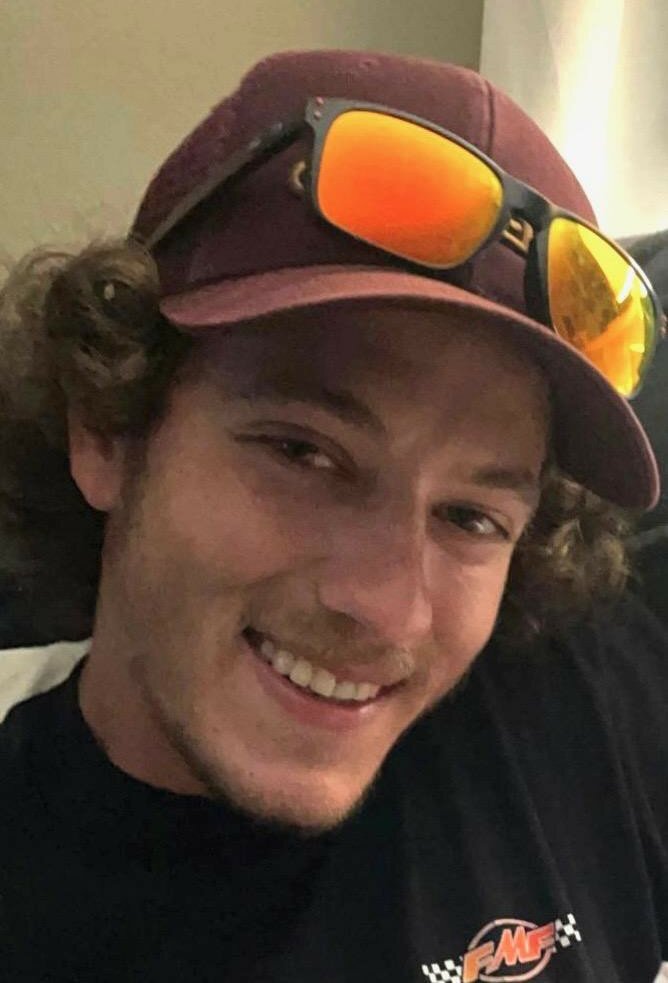 Please share a memory of Hunter to include in a keepsake book for family and friends.
View Tribute Book
Hunter Lee Harbs, 22, of Pittsgrove, New Jersey passed away unexpectedly on Sunday, August 28, 2022. Hunter was born in Voorhees, New Jersey on January 28, 2000. He graduated from Arthur P. Schalick High School in 2018. After graduating, Hunter worked many different jobs until finding the closest thing to his heaven on earth, operating heavy machinery at Diamond Materials. When Hunter was not working, he could be found driving around in his truck listening to music, drinking a Miller Lite at Steakouts, or stuck in a mud hole with friends. Hunter spent many years traveling to different states racing dirt bikes with his biggest fan, his dad. Throughout his short life, Hunter sure did a lot of living. Hunter will be remembered most by his contagious smile, his wide-open, full-throttle way of life, and being a one-of-a-kind son, brother, and friend. As his family described, Hunter considered his friends and especially his brothers-in-law his family. Hunter leaves behind; his loving parents Gary and Beth (Joyner) Harbs Jr.; his sisters, Hannah and Heidi; his brothers in law, Jacob Poeppel and Jesse Deel; his niece, Lil Soph; his grandfather, Gary Harbs Sr.; his grandmother, Mary Harbs Dragotta and his “adopted” family Matt, Carli, and Cassi Beckett. He is also survived by many aunts, uncles, cousins, and friends. Hunter was predeceased by; his grandparents, Godfrey and Joetta Joyner. Memorial services will be held at the PADGETT FUNERAL HOME, 1107 State Highway 77, Upper Deerfield Twp. on Thursday, September 8th at 5 PM. Friends will be received at the funeral home from 3 PM to 5 PM prior to the services. Written condolences can be sent to the family through the funeral home website at www.padgettfuneralhomes.com.
Thursday
8
September

Look inside to read what others have shared
Family and friends are coming together online to create a special keepsake. Every memory left on the online obituary will be automatically included in this book.
View Tribute Book
Share Your Memory of
Hunter
Upload Your Memory View All Memories
Be the first to upload a memory!
Share A Memory
Plant a Tree