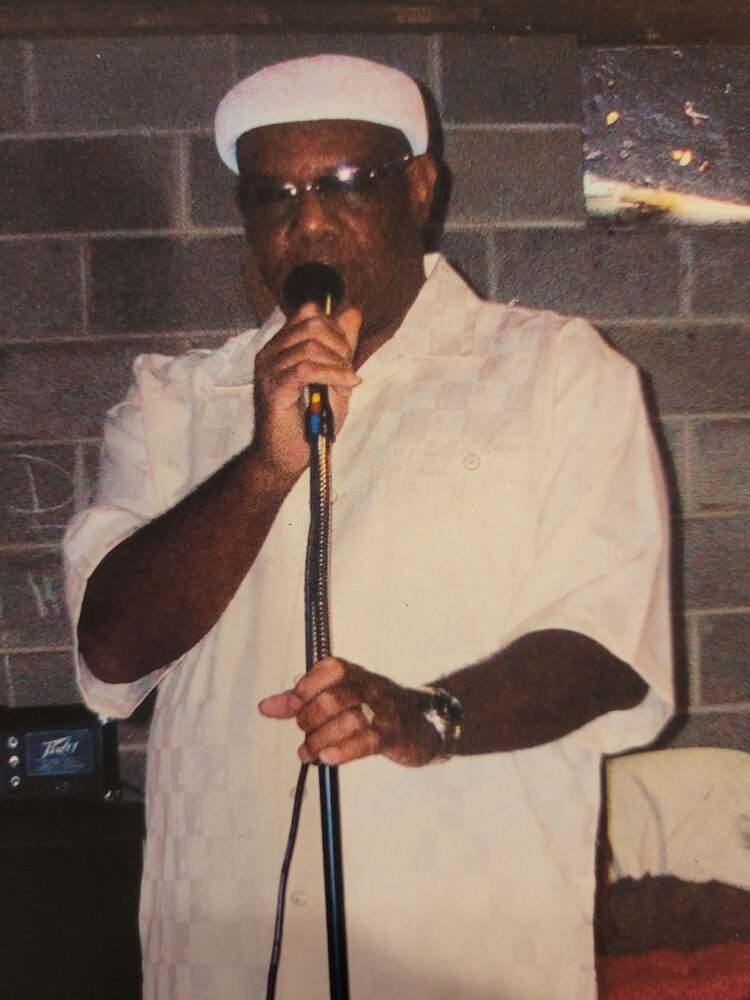 Please share a memory of Richard to include in a keepsake book for family and friends.
View Tribute Book
Richard J. Allen, 70, of Fairfield Twp. passed away on Thursday, August 11, 2022 at Out Lady Of Lourdes Hospital in Camden. Born in Bridgeton to the late Leo Allen and Aritha Elliot Allen; he was the husband of Elphreda Muschette Allen. Richard had been a resident of Fairfield Twp. for the past 15 years and prior to that he had lived in Williamstown. Prior to his retirement, he had worked in management at New Holland Tire in Newfield for many years. Richard had also been the lead singer for New Dimension, his R&B band. He was a member of Fruit of the Spirit Ministries in Bridgeton where he sang on the choir. In his free time, Richard enjoyed watching the Philadelphia Eagles and 76ers and cooking his famous smothered chicken and mashed potatoes for friends and family. He is survived by; his wife, Elphreda Muschette Allen of Fairfield Twp.; five children, Keisha Kennedy of Turnersville, Carla Goldsboro of Millville, Kylesha Davis of Vineland, Santos Morales of Camden and Tina Hyman of Kentucky; seven grandchildren, Michael, Tahira, Jacrue, Semajh, Ellis, Zahynae and Isaiah and six siblings, Lydia Wallace of Vineland, Rita Pender of North Carolina, Mahlon Winrow of Fairfield Twp, Wanda Pierce of Tunersville, Dr. Aminah Yusef of DE and Carolyn Seabrooks of Philadelphia, PA. Besides his parents, he was preceded in death by; two siblings, Leo Allen and Rebecca Pritchett; his granddaughter, Brittany Petway; his grandson, Freddie Diggs, Jr.; his father in law, Milton Muschette, Sr., his mother in law, Rose Muschette and two brothers in law, Milton Muschette, Jr. and Anthony Muschette. Funeral services will be held at Fruit of the Spirit Ministries, 305 South Ave., Bridgeton on Wednesday, August 24th at 11 AM. Interment will take place at Fordville Memorial Park in Fairfield Twp. Friends will be received at the church from 9 AM to 11 AM prior to the services. Written condolences can be sent to the family through the funeral home website at www.padgettfuneralhomes.com.
Wednesday
24
August

Look inside to read what others have shared
Family and friends are coming together online to create a special keepsake. Every memory left on the online obituary will be automatically included in this book.
View Tribute Book
Share Your Memory of
Richard
Upload Your Memory View All Memories
Be the first to upload a memory!
Share A Memory
Plant a Tree