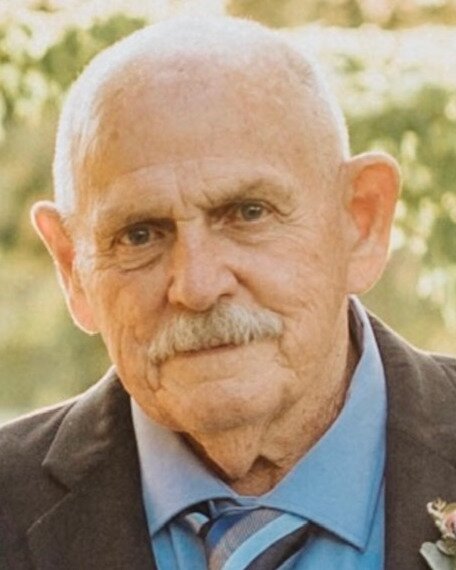 Please share a memory of James to include in a keepsake book for family and friends.
View Tribute Book
James R Lindley of Cedarville passed away early Saturday morning, August 6th, 2022 at Inspira Medical Center, Vineland with his family by his side. Although his health was declining, his death was unexpected. He was 84 years old. Born in Paramus NJ, he was the son of Thomas Sr and Margaret Lindley. He had been a Cedarville resident most of his life. James worked for Remmert Warner and Pratt & Whitney in Florida several years prior to relocating his wife, Connie and three daughters to Cedarville to take employment with Airwork Corporation where he remained for 40 years and until plants closure in 2004. He went onto working for the next 14 years for Sheppard’s Farms where he retired at the age of 80. He established his business J&D Lawnmowers in his brother in-laws, Doug Bowman’s Sunoco station and later moved his business to his current residency. He ran his lawnmower business along with his wife Connie for 45 years. In addition to his lawnmower business he also opened a gift shop, Covered Bridge Gifts with his wife. They were not only a strong marital couple but also a wonderful business team for most of their married lives. James was a devoted and dedicated husband, father, and grandfather. He had strong work ethics and was generous to many. He was a master at repairing small engines and there was nothing he couldn’t repair. He had a love for antique vehicles which led him to purchase and restore a 1929 Chevrolet flatbed truck to its original status with his son in-law, Richard. Surviving him is his wife, Constance (Bowman) of 62 years, daughters Pamela Ossiboff and her husband Robert of Upper Deerfield, Deborah Riggins and her husband Richard of Cedarville, Denise Perotti of Egg Harbor Twp; six grandchildren, Robert James Ossiboff, Ricci Ossiboff, Ross Ossiboff, Bryce Riggins, Alexys (Riggins) Harris, McKenzie Perotti, one great granddaughter Lilian Ossiboff and his second great grandchild due February 2023. He is also survived by his sister Margaret Harsch. Besides his parents he is predeceased by three brothers, Thomas, David, Robert and granddaughter, Rachel Ossiboff. At the request of James, there will be no viewing or service