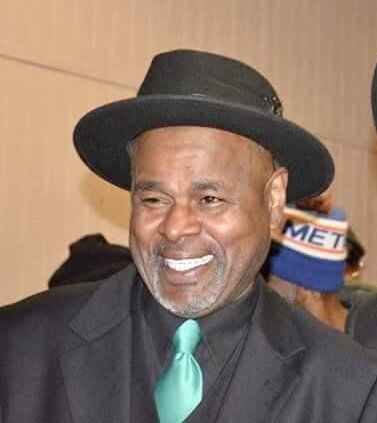 Obituary of Thomas A. Smith, Sr.

Please share a memory of Thomas to include in a keepsake book for family and friends.
View Tribute Book
Thomas A. Smith, Sr., 62, of Millville passed away on Thursday, August 4, 2022 at Inspira Medical Center in Vineland. Born in Port Norris to the late Norman Smith and Eugenia Jones, he had been a resident of Millville for the past 12 years and prior to that he had resided in Port Norris. Thomas had been employed by US Silica in Maurice River Twp. for the past 21 years. He had also received certifications in both refrigeration and cooling. Thomas had been previously employed by Redpack in Cedarville and at the Showboat Casino and Hotel in Atlantic City. He was a member of Shiloh Baptist Church in Port Norris. In his free time, Thomas enjoyed singing and dancing, traveling and spending quality time with his family. He was an avid fan of the Philadelphia Eagles and loved to watch football. Proverbs 3:5. He is survived by; five children, Monica Kent of Millville, Thomas Smith, Jr. of Millville, David Thomas, Jr. (Mia) of Warner Robbins, GA, Khiry Cisrow (Deidra) of Millville and Tomisha Smith (Amy) of Colonial Beach, VA; his fiance, Rita Carter of Millville; nine sisters, one brother, 17 grandchildren, three great-grandchildren and his beloved dog, Max. He was preceded in death by; three brothers and three sisters. Funeral services will be held at Shiloh Baptist Church, 2411 Memorial Ave., Port Norris on Thursday, August 18th at 12 PM. Interment will take place at Haleyville Methodist Cemetery in Commercial Twp. Friends will be received at the church from 10 AM to 12 PM prior to the services. In life, Thomas always dressed in his Sunday best and the family requests that attendees of the funeral service “Dress to Impress” like he always did for them. Written condolences can be sent to the family through the funeral home website at www.padgettfuneralhomes.com.
Thursday
18
August

Look inside to read what others have shared
Family and friends are coming together online to create a special keepsake. Every memory left on the online obituary will be automatically included in this book.
View Tribute Book
Share Your Memory of
Thomas
Upload Your Memory View All Memories
Be the first to upload a memory!
Share A Memory
Plant a Tree