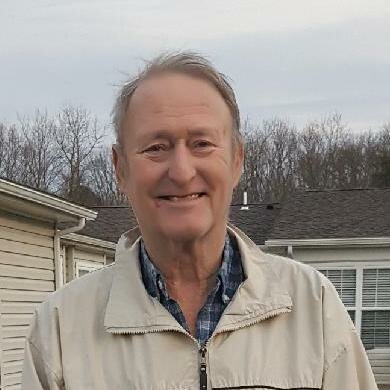 Please share a memory of Ronald to include in a keepsake book for family and friends.
View Tribute Book
Ronald Padgett, 76, of Cedarville passed away on Saturday, August 6, 2022 at his home under the care of hospice. The son of the late Hugh Padgett and Ruth Holt Padgett, he was born in Cleveland, Ohio and was the husband of Juanita French Padgett. He had been a Cedarville resident for over 40 years and had lived in Deerfield Township prior to that. Before his retirement, Ron had been employed with Gerresheimer Glass Company and Wheaton Glass Company in Millville for 40 years. He was a veteran of the United States Army and served his country during the Vietnam War. In addition to his wife of 35 years, Juanita, he is survived by a daughter, Rebecca of Bridgeton, a grandson, C.J. Tupper and many nieces, nephews and cousins. He was predeceased by his two brothers, P. Marvin Padgett and Dale Padgett. Funeral services will be held at the PADGETT FUNERAL HOME, 1107 State Highway 77, Upper Deerfield Township on Friday, August 12th at 11:00 AM. Friends will be received from 10:00 to 11:00 AM prior to the services at the funeral home. Interment will take place at Cedar Hill Cemetery in Cedarville. Written condolences can be sent to the family at www.padgettfuneralhomes.com.
Friday
12
August

Look inside to read what others have shared
Family and friends are coming together online to create a special keepsake. Every memory left on the online obituary will be automatically included in this book.
View Tribute Book
Share Your Memory of
Ronald
Upload Your Memory View All Memories
Be the first to upload a memory!
Share A Memory
Plant a Tree