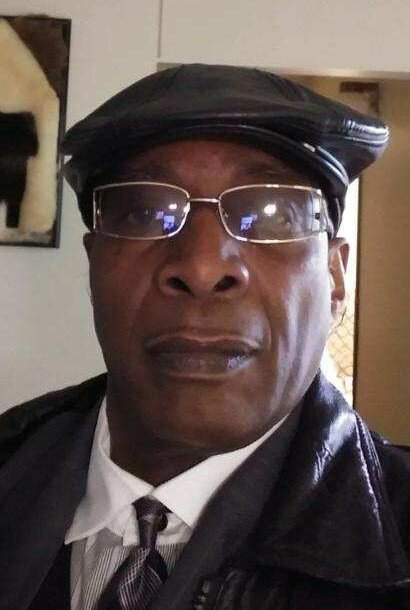 Please share a memory of Walter to include in a keepsake book for family and friends.
View Tribute Book
Walter Young, Jr., 60, of Atlantic City passed away unexpectedly on Saturday, July 9, 2022 at his home. Born in Bridgeton to the late Walter Young, Sr. and Christine Haggans Young, he was a resident of Atlantic City for over 30 years. Before that he had resided in Bridgeton and Gouldtown. Prior to his retirement, Walter had worked in the casino industry in Atlantic City. He was a member of 2nd Baptist Church in Atlantic City where he sang on the Men's Choir and volunteered his time cooking. In his free time, he enjoyed cooking and cleaning in his home and spending time with his family, especially his sons and granddaughters. He is survived by; three sons, Tywon Ford of Bridgeton, Walter Washington of Atlantic City and Jamall Washington of Atlantic City; three granddaughters, Aubree, Amazing and Heavenly and his siblings, Tommy L. Young of Pueblo, CO, Daniel L. Young (Annette) of East Vineland, Diane Young of Denver, CO, David Young of Millville, Hazel L. Young of Bridgeton and Yvonne Young-Foster and her fiance, Gerald of Rosenhayn. Besides his parents, he was preceded in death by; two brothers, Rev. John Young and Leon Young and his infant son, Walter. Funeral services will be held at the PADGETT FUNERAL HOME, 1107 State Highway 77, Upper Deerfield Twp. on Friday, July 22nd at 11 AM. Interment will take place at Fordville Memorial Park in Fairfield Twp. Friends will be received at the funeral home from 9 AM to 11 AM prior to the services. Written condolences can be sent to the family through the funeral home website at www.padgettfuneralhomes.com.
Friday
22
July

Look inside to read what others have shared
Family and friends are coming together online to create a special keepsake. Every memory left on the online obituary will be automatically included in this book.
View Tribute Book
Share Your Memory of
Walter
Upload Your Memory View All Memories
Be the first to upload a memory!
Share A Memory
Plant a Tree