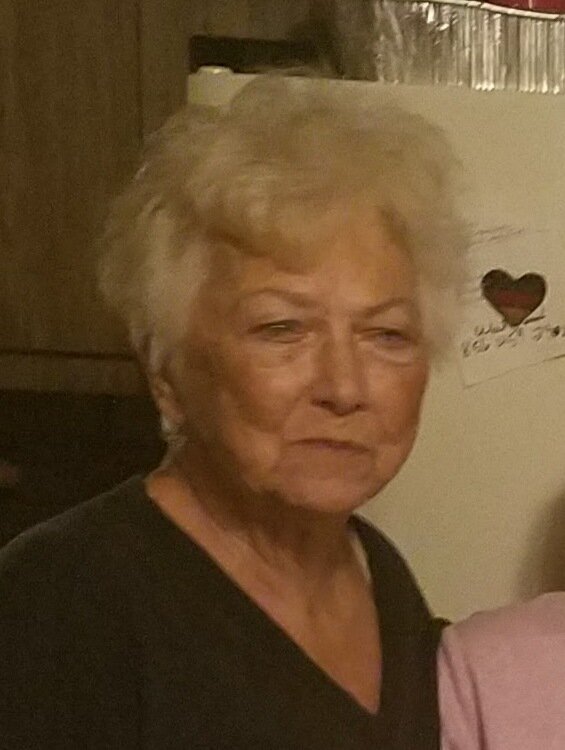 Please share a memory of Evelyn to include in a keepsake book for family and friends.
View Tribute Book
Evelyn E. “Bette” French, 78 of Cedarville passed away on Wednesday, July 13, 2022 at Cooper University Hospital in Camden. Born in Elmer, she was the daughter of the late Stanley F. Davis and Evelyn Timerson Davis and was the wife of Arthur J. French. She was a resident of Cedarville for over 60 years and had lived in Elmer prior to that. Before her retirement, she had owned and operated Bette’s Beauty Salon in Cedarville for over 40 years. Besides a special place to get one’s hair done the “Shop” was a place of laughter, joking, celebrating and just catching up on what needed to be known in the area. Bette deeply loved Cedarville and its surrounding areas and most of the people who called it home. She was a constant source of help to many people in need through the years and rarely ever let any but a few know what she had done to help. She loved animals, baseball, gardening at her home, being outdoors and crocheting. She was also known for the massive production line she ran out of her kitchen baking and canning. She was a collector and had a great assortment of antiques, Americana items and Mickey and Minnie Mouse items. Bette was a longtime member of the Cedarville Presbyterian Church where she had taught Sunday School and was active during holiday celebrations. In addition to her husband, Arthur, she is survived by her children, Renee French-Anderson (Bobby) and Jeffery French (Gina Albert) all of Cedarville. She was predeceased by her brother, Stanley Davis. The family would like to announce that there will be a celebration of her life on October 8, 2022 at the Cedarville Fire Hall. The hours of the Celebration will be posted on the announcement board in front of the Hall when we are closer to the October 8th date. Bette, thank you from those of us who knew you. You will be missed and not forgotten

Look inside to read what others have shared
Family and friends are coming together online to create a special keepsake. Every memory left on the online obituary will be automatically included in this book.
View Tribute Book
Share Your Memory of
Evelyn
Upload Your Memory View All Memories
Be the first to upload a memory!
Share A Memory
Plant a Tree