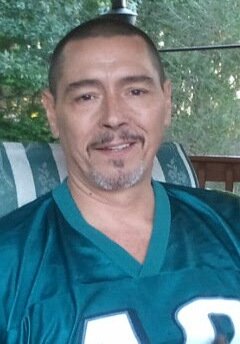 Please share a memory of Robert "Bobby" to include in a keepsake book for family and friends.
View Tribute Book
Robert “Bobby” Dollas Schafer, 61, of Upper Deerfield Twp. passed away unexpectedly on Friday, July 8, 2022 at his home. Born in Bridgeton to Catherine Ridgeway Schafer and the late Arthur Schafer, Sr., he was the husband of Cheryl “Cherie” L. Schafer since 1984. Bobby had been a resident of Upper Deerfield Twp. since 1988 and prior to that he had resided in Rosenhayn, Hopewell Twp. and Bridgeton. Before his retirement, Bobby had been most recently employed at Griffin Medical Supply in Bridgeton for about six years. He had spent the bulk of his career as a welder and machinist and had just renewed his Black Seal License. Bobby had been previously employed by Rudco Products Inc. in Vineland and Gerresheimer Glass Inc. in Vineland. In his free time, Bobby enjoyed hunting and fishing and was an avid outdoorsman. He was also known to take meticulous care of his yard as his home was his kingdom. His family described him as a cult film aficionado, passionate Philadelphia Eagles and Phillies fan and the life of the party. He will be sorely missed by everyone who had the opportunity to know him. He is survived by; his wife, Cherie L. Schafer of Upper Deerfield Twp.; his son, Josh Schafer of Raleigh, NC; his mother, Catherine R. Schafer of Rosenhayn; two sisters, Nancy Schafer of Rosenhayn, Bonnie Laurella of Rosenhayn; his mother-in-law, Joann Ciccacci; his beloved dog, Frankie Paul and many nieces, nephews, cousins and friends. He was preceded in death by; his father, Arthur Schafer, Sr.; his brother, Arthur Schafer, Jr. and his beloved dog, Jack. Funeral services will be held privately at the convenience of the family. Written condolences can be sent to the family through the funeral home website at www.padgettfuneralhomes.com.

Look inside to read what others have shared
Family and friends are coming together online to create a special keepsake. Every memory left on the online obituary will be automatically included in this book.
View Tribute Book
Share Your Memory of
Robert "Bobby"
Upload Your Memory View All Memories
Be the first to upload a memory!
Share A Memory
Plant a Tree