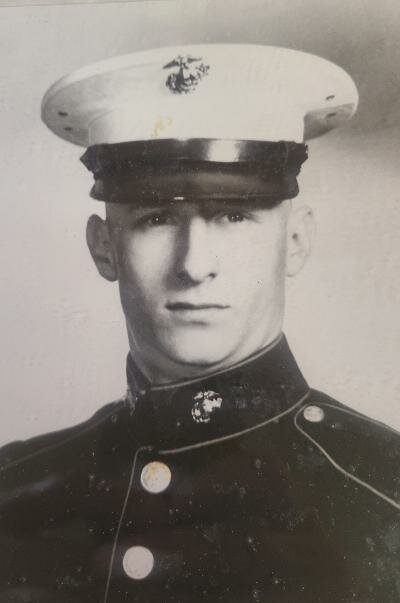 Please share a memory of Bobby to include in a keepsake book for family and friends.
View Tribute Book
Bobby Lynn Hall, 81, of Bridgeton passed away on Monday, June 13, 2022, at Inspira Hospital in Vineland. Bobby was born in Ury, Raleigh County, WV to the late Carl E. Hall and Annabelle Graham Hall. In the mid 1960’s he came to New Jersey and had been a Bridgeton resident most of his life. He was a veteran of the United States Marine Corps, serving during the Cuban Missile Crisis. Prior to his retirement in 2008 he had worked for many years as a forklift operator in the glass industry, prior to that he had worked for the former Murbeck Corporation in Bridgeton. In his free time, he enjoyed fishing on the Cohansey River, spending time at the VFW Post 1795 in Bridgeton, and at the 5th Ward Athletic Club in Bridgeton. He is survived by; his children, Carl Pinto of Millville, Elizabeth, and Daniel; a grandson, Alex Pinto; and great grandchildren, Alaina, Waylon, and Nancy. He was preceded in death by; his parents; a daughter, Bobbi Lynn Hall; a sister, Virginia Cooper; and a brother, Zeb Hall. Funeral Services will be held at the PADGETT FUNERAL HOME, 1107 State Highway 77, Upper Deerfield Twp. on Monday, June 20th at 1 PM. Friends will be received at the funeral home from 12 NOON to 1 PM prior to the services. Interment will take place at Cumberland County Veterans Cemetery, 95 Trench Road, Hopewell Twp. following the services at the funeral home. Written condolences can be sent to the family at www.padgettfuneralhomes.com.
Monday
20
June

Look inside to read what others have shared
Family and friends are coming together online to create a special keepsake. Every memory left on the online obituary will be automatically included in this book.
View Tribute Book
Share Your Memory of
Bobby
Upload Your Memory View All Memories
Be the first to upload a memory!
Share A Memory
Plant a Tree