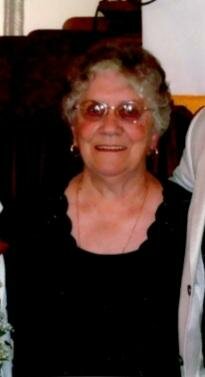 Please share a memory of Jane to include in a keepsake book for family and friends.
View Tribute Book
Jane Nicholson, 88, of Upper Deerfield Twp., passed away unexpectedly on Friday, June 3, 2022. Born in Vineland to the late Gladys Tasso Ney and Peter William Ney, she was the wife of the late Donald Oakley Nicholson. Jane had been born and raised in Vineland but had been a resident of Upper Deerfield Twp. since 1972. She had also previously resided in Dividing Creek for over 13 years. Prior to her retirement, Jane had been employed in the local Glass Manufacturing industry at both Kontes Glass Co. and Wheaton Glass Co. She had also previously worked as a waitress. In her free time she enjoyed; gardening, watching Audie Murphy and Gene Autry in Military and Western movies. She was also an avid fan of the Philadelphia Phillies, Flyers and Eagles. She is survived by; her children, Shirley Gentile (Thomas) of Upper Deerfield Twp., Steven Tobin (Mercedes) of Hopewell Twp.; Sandra Hodson (Shaun) of Dover, DE, Scott Tobin (Brenda) of Pennsville, Sherry Smith of Hopewell Twp. and Susan Willis (Mark) of Elmer; her sister, Ruth Young of Phoenix, AZ; 14 grandchildren; 22 great-grandchildren and a host of extended family members. She was preceded in death by; her husband, Donald Oakley Nicholson; her infant son, Donald Nicholson, her daughter, Sharon A. Kalfut, her brother, Edward Ney and her sister Gladys Mazzarella. Funeral services will be held privately at the convenience of the family. Written condolences can be sent to the family through the funeral home website at www.padgettfuneralhomes.com

Look inside to read what others have shared
Family and friends are coming together online to create a special keepsake. Every memory left on the online obituary will be automatically included in this book.
View Tribute Book
Share Your Memory of
Jane
Upload Your Memory View All Memories
Be the first to upload a memory!
Share A Memory
Plant a Tree