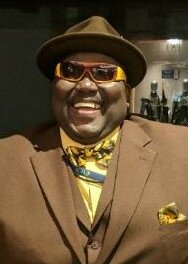 Please share a memory of Mark to include in a keepsake book for family and friends.
View Tribute Book
Mark Fitzgerald Palmer, 58, of Port Norris passed away unexpectedly on Wednesday, June 1, 2022 at Inspira Medical Center in Vineland. Born in Millville to the late Lester Thomas Palmer and Ruby Pearl Jones Palmer, he had been a resident of Port Norris for less than one year. Before that, Mark had resided in Dorchester, Vineland, Millville and Laurel Lake. Mark had been previously employed in the Casino Industry in Atlantic City as a maintenance technician. In his free time, Mark enjoyed socializing with his friends and family and visiting Atlantic City. He is survived by; his siblings, Sheila Palmer-Sales of Vineland, Gwendolyn Cannon (Elijah) of Millville, Ruby Lee Fields (Charles) of Egg Harbor Twp., Aaron Palmer of Millville, Annie Palmer of Bridgeton and James Palmer of Millville; his special cousin and best friend, Marilyn Parker Barrow of Laurel Lake and a host of nieces, nephews, cousins and friends. Besides his parents, Lester and Ruby Palmer, he was preceded in death by, his brother, Lester Thomas Palmer, Jr. Funeral services will be held at the PADGETT FUNERAL HOME, 1107 State Highway 77, Upper Deerfield Twp. on Friday, June 10th at 4 PM. Friends will be received at the funeral home from 2 PM to 4 PM prior to the services. Written condolences can be sent to the family through the funeral home website at www.padgettfuneralhomes.com.
Friday
10
June

Look inside to read what others have shared
Family and friends are coming together online to create a special keepsake. Every memory left on the online obituary will be automatically included in this book.
View Tribute Book
Share Your Memory of
Mark
Upload Your Memory View All Memories
Be the first to upload a memory!
Share A Memory
Plant a Tree