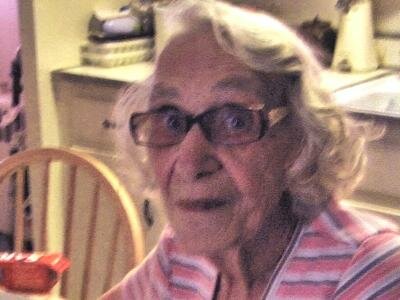 Please share a memory of Loretta to include in a keepsake book for family and friends.
View Tribute Book
Loretta Shaw, 89, of Bridgeton passed away on Friday, May 27, 2022 at her home under the care of her family and hospice. Born in Cedarville to the late Charles Hankins and Hannah Cobb Hankins, she was the wife of the late Leroy Shaw, Jr. She had lived at her current address in Bridgeton since 1991 and prior to that she had resided in Cedarville. Loretta had been previously employed at Clement Papas Co. in Cedarville, Vineland K-Mart, Wheaton Glass Co in Millville and Renoc Corp in Vineland. She had also worked as a dispatcher for the former Lawrence Twp. Police Department. In her free time, Loretta loved to watch game shows on TV, assembling puzzles, completing crossword puzzles and word finds and crocheting. She is survived by her son, Leroy “Lee” Shaw III and his wife, Linda of Cedarville; her sister, Mary McPherson; three grandsons, David Shaw (Cathleen), William Shaw and Travis Shaw (Lauren); four great-grandchildren, Tyler Shaw, Kaylee Shaw, Liam Shaw and Lilly Shaw and her three close friends, Dee, Dallie and Shawn. Besides her husband Leroy, she was preceded in death by her son, Charles Shaw; her daughter, Brenda Shaw and her sister, Cora Denn. Funeral services will be held at the PADGETT FUNERAL HOME, 1107 State Highway 77, Upper Deerfield Twp. on Friday, June 3rd at 2 PM. Interment will take place at Cedar Hill Cemetery in Cedarville. Friends will be received at the funeral home from 1 PM to 2 PM prior to the services. In lieu of flowers the family suggests donations be made in Loretta's memory to St. Jude's Children's Research Hospital, 501 St. Jude Place, Memphis, TN 38105. Written condolences can be sent to the family through the funeral home website at www.padgettfuneralhomes.com.
Friday
3
June

Look inside to read what others have shared
Family and friends are coming together online to create a special keepsake. Every memory left on the online obituary will be automatically included in this book.
View Tribute Book
Share Your Memory of
Loretta
Upload Your Memory View All Memories
Be the first to upload a memory!
Share A Memory
Plant a Tree