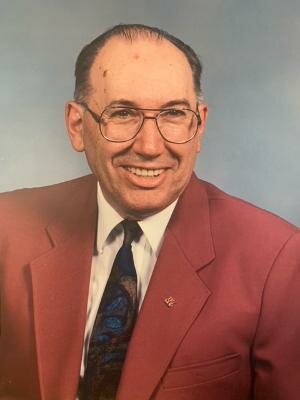 Obituary of Robert B. Steelman

Please share a memory of Robert to include in a keepsake book for family and friends.
View Tribute Book
Rev. Robert B. Steelman, age 90, passed away on Sunday, May 15, 2022 at his home at the Shores at Wesley Manor in Ocean City. The son of the late Frederick S. Steelman and Ethel VanSant Steelman, he was the husband of Eileen Hess Steelman. Born in Somers Point and raised in Linwood, he had had lived in Ocean City for the past ten years and in Bridgeton prior to that. A 1957 graduate of the Temple University School of Theology, he graduated from Western Maryland College in 1954 and received an advanced degree from Temple in 1962. Rev. Steelman served as a Methodist Minister in the Southern New Jersey United Methodist Conference in Atlantic City, Margate, Leesburg, Dorchester, Bridgeton, Millville, Newport, Fairton, West Long Branch, Penns Grove and Paulsboro. He also served as Conference Historian and as a Teacher of Disciple Bible Study. While in college, he was captain of the college golf team. In addition to his interests in history and golf, he was an avid birder and enjoyed daily walks. In addition to his wife, Eileen of Ocean City, he is survived by his son, Frederick M. Steelman (Diane) of West Long Branch; his daughters, Bertha E. Hall of Williamsport, PA and Lynda E. Steelman of Franklin, PA; seven grandchildren, Katie, Julie, Rachael, Nicholas, Becky, Jessica and Lincoln and 3 great-grandchildren. He was predeceased by two daughters, Patti Ann Steelman and Susanna A. Steelman, a brother, James Steelman and a sister, Evelyn Sayers. Funeral services will be held at the Shores at Wesley Manor, 2201 Bay Avenue, Ocean City on Saturday, May 21st at 11:00 AM. Friends will be received at the Manor from 10:00 to 11:00 AM prior to the services. Interment will follow the services at Leesburg Methodist Cemetery. In lieu of flowers, the family asks that donations be made to the Audubon Society of NJ Nature Center of Cape May, 9 Hardscrabble Road, Bernardsville, NJ 07924. Arrangements are under the direction of the PADGETT FUNERAL HOME, Upper Deerfield Township. Written condolences can be sent to the family at www.padgettfuneralhomes.com.
Saturday
21
May

Look inside to read what others have shared
Family and friends are coming together online to create a special keepsake. Every memory left on the online obituary will be automatically included in this book.
View Tribute Book
Share Your Memory of
Robert
Upload Your Memory View All Memories
Be the first to upload a memory!
Share A Memory
Plant a Tree