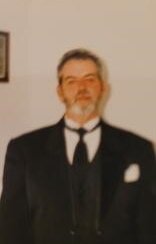 Please share a memory of Gene to include in a keepsake book for family and friends.
View Tribute Book
Gene R. Donovan, 76, of Pittsgrove Twp. passed away on Saturday, May 14, 2022 at his home surrounded by his family. Born in Vineland to the late Enoch W. Donovan and Ressie Greene Donovan, he was the husband of the late Betty M. Kalowitz Donovan for 41 years. Gene had been a resident of Pittsgrove Twp. since 1973 and before that he had lived in Vineland Prior to his retirement, he had worked at Belco Glass Co. in Vineland as a glass worker where he was employed for nearly 30 years. He had also been employed by local farms in his youth and the Pittsgrove Township Public Works Department. In the early 1970's he and his father, Enoch, had operated Donovan and Son's carpentry business. In his free time, Gene enjoyed gardening, woodworking and fishing. He also loved to watch western movies. He is survived by his two sons, Michael Donovan and his wife, Diana and Patrick Donovan and his partner, Sean; his brother, Charles Donovan; his grandson, Michael Anthony Donovan and several nieces, nephews and cousins. He was preceded in death by his wife of 41 years, Betty Kalowitz Donovan and his sister, Edna. Graveside services will be held on Wednesday, May 18th at Greenwood Memorial Park, 1001 E Broad St, Millville at 2:00 PM. Friends will be received at the PADGETT FUNERAL HOME, 1107 State Highway 77, Upper Deerfield Twp. on Wednesday, May 18th from 12 Noon to 1 PM prior to the graveside services at Greenwood Memorial Park. Written condolences can be sent to the family through the funeral home website at www.padgettfuneralhomes.com.
Wednesday
18
May

Look inside to read what others have shared
Family and friends are coming together online to create a special keepsake. Every memory left on the online obituary will be automatically included in this book.
View Tribute Book
Share Your Memory of
Gene
Upload Your Memory View All Memories
Be the first to upload a memory!
Share A Memory
Plant a Tree