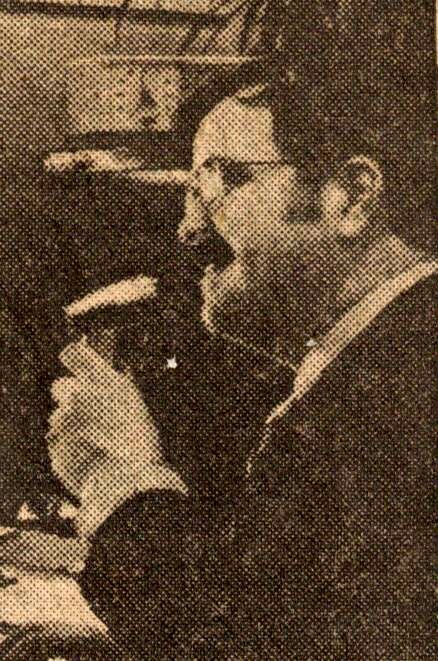 Please share a memory of James to include in a keepsake book for family and friends.
View Tribute Book
James Edward Colby, Jr., 81, of Pittsgrove Township passed away on Saturday, May 14, 2022 at Inspira Medical Center in Vineland. Born in Philadelphia, PA to the late James E. Colby, Sr. and Ruth E. Newell Colby, he was the husband of Helena Jurewicz Colby. James spent his childhood in Philadelphia and lived in the San Francisco Bay area in the late 1950's and early 1960's. He had been a resident of Pittsgrove Township for the past 45 years. Prior to his retirement, James had worked for New Jersey Transit as a Bus Driver and later a Dispatcher out of Atlantic City for over 35 years. During his time in California, he had worked as a newspaper reporter. He later wrote editorials for the Bridgeton Evening News, the Daily Journal and the Press of Atlantic City. He was a member of the Norma Alliance Volunteer Fire and Rescue Co. for about 45 years. In his free time, James was an avid newspaper reader, especially of the New York Times and collected model trains, especially Lionel Trains. Any time he would travel with his family, he would find a train or train related stop to add to the trip. James was an avid fan of the New York Jets and the Oakland A's but supported Philadelphia Eagles Charities whenever possible. He had also taken a great interest in reading about Eastern Religions and was a subscriber to the Lion's Roar. James was also a music lover and enjoyed music from many different genres. James was a universal blood donor and throughout his life had donated over 16 gallons of blood to the American Red Cross. While he had resided in Vineland, he had been an active volunteer at the Vineland Public Library where he taught beginners chess. He also was an integral part of fund raising for and organizing the library's bus trips to New York City and many other volunteer projects. James was also elected to the Vineland Public Library Board of Trustees. He is survived by his wife, Helena Colby of Pittsgrove; his three children, Heather Clark (Kenneth) of Nichols, SC; Edward Colby (Norma) of New Jersey and Catherine Colby of the Jersey Shore; his brother Raymond Colby, and his family; his sister in law, Stella Jurewicz of Pittsgrove and nine grandchildren, David Clark, Zachary Clark, Tyler Clark, Angelina Clark, Nelly-Hope Clark, Savanah Rose Colby, Edward Colby, Jr., Phillip Helmbold and Jesse Helmbold. Funeral services will be held at the PADGETT FUNERAL HOME, 1107 State Highway 77, Upper Deerfield Township on Thursday, May 19th at 11 AM. Friends will be received at the funeral home from 10 AM to 11 AM prior to the services. Written condolences can be sent to the family through the funeral home website at www.padgettfuneralhomes.com.
Thursday
19
May