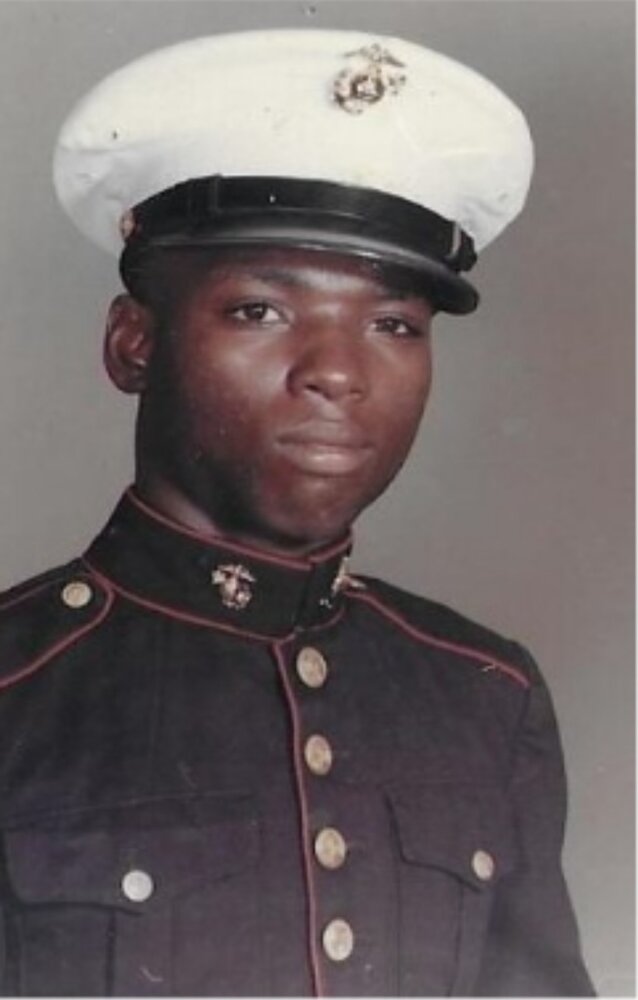 Please share a memory of Curtis to include in a keepsake book for family and friends.
View Tribute Book
Curtis James Donaldson Jr (Curt) 76 passed away after an extended illness at home, on April 26, 2022. Born in Bridgeton NJ to the late Curtis J Donaldson Sr and Lillie Mae (Manor) Donaldson. Born and raised in Bridgeton NJ. He was educated in the Bridgeton School system. In 1965, he enlisted in the United States Marine Corp. and fought in the Vietnam War. He was discharged Honorably and earned medals for Vietnam Service, Republic of Vietnam Campaign, National Defense Service, Good Conduct, A Combat Action Ribbon, and Presidential Unit Citation. In 1967, Curtis married, “The Love of His Life,” Willia M. (Ludy) Maddox Donaldson. From this union, 3 children were born: Micheal Maddox, Curtis J Donaldson III, and Kimberly Donaldson. He, also, assisted in raising other children of a deceased family member, Simon K. Redding, and Carla Redding Grace. He moved to Texas in 1982, where he resided until his illness brought him to reside in Georgia in 2021. Curtis had been employed as a Truck Driver and Mechanic for more than 40 years, completing truck driving school in 1973. In his free time, Curt, loved to go fishing, play pool, spend time with friends-including the furry friends, and be outdoors-tinkering and fixing things-cars, trucks, lawnmowers, etc. He leaves to mourn one son, Micheal Maddox, one daughter, Kimberly L. Donaldson, a son he raised, Simon K. Redding, His replacement mother/mother-in-Law Zettie L. Griffin, one sister-Jacqueline (Donaldson) Morris, 4 sister-in-laws; Jacquetta (Griffin) Rawls (Kenny), Geneva Griffin, Shari Gullatt, Joan Ann (Dawkins)Donaldson, 17 grandchildren, 11 great-grandchildren; and a host of nephews, nieces, cousins, and friends. He was predeceased by, his Grandparents McKinley and Trudie Manor (Harris) and Rev. Herbert and Rebecca Donaldson, parents Curtis J Donaldson Sr. and Lillie M (Manor) Donaldson, and Stepfather Douglas Bethea, “The Love of His Life” Willia M (Maddox) Donaldson/ Ludy. His Son and namesake Curtis J Donaldson III, a daughter he raised, Carla Redding Grace, 3 Grandchildren; Christopher J. Donaldson, Christopher and Tameka Grace, Brother Christopher Donaldson, and 2 sisters Margie (Donaldson) Nutter and Dina (Donaldson) Morris. Funeral Services will be held at 11AM on Saturday, May 14th, at the PADGETT FUNERAL HOME, 1107 State Highway 77, Upper Deerfield Twp. Friends will be received at the funeral home 9AM TO 11AM prior to services. Written condolences can be sent to the family at www.padgettfuneralhomes.com
Saturday
14
May

Look inside to read what others have shared
Family and friends are coming together online to create a special keepsake. Every memory left on the online obituary will be automatically included in this book.
View Tribute Book
Share Your Memory of
Curtis
Upload Your Memory View All Memories
Be the first to upload a memory!
Share A Memory
Plant a Tree