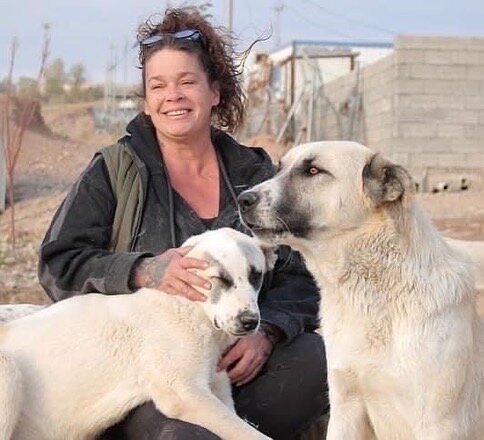 Please share a memory of Renee to include in a keepsake book for family and friends.
View Tribute Book
Renee Savell, 52, of Millville passed away on Friday, April 29, 2022. Renee was born in Philadelphia to Jerry Waters and Kathleen Meade. She spent the majority of her youth in Philadelphia before moving to the UK to study Art. After completing her studies, she returned to Philadelphia, later residing mostly in the Trenton and Hamilton areas. She was recently employed as the General Manager for the South Jersey Regional Animal Shelter in Vineland. The three years prior to that she had lived in Iraq where she managed an animal shelter. She also had been a manager at Home Things 4 You for over 9 years. Renee was an artist in several mediums, including photography. She was a lover of all animals. She is survived by; her children, Kirsten Malka (Wyatt), Nicholas Boyle (Melissa) and Camrynn Boyle (Donnie) all of Millville; parents; Jerry Waters and Kathleen Meade Hudoka; a brother, Sean Waters (Alicia) of AZ; and granddaughters, Audrey and Riley. Funeral services will be held privately at the convenience of the family. Written condolences can be sent to the family through the funeral home website at www.padgettfuneralhomes.com

Look inside to read what others have shared
Family and friends are coming together online to create a special keepsake. Every memory left on the online obituary will be automatically included in this book.
View Tribute Book
Share Your Memory of
Renee
Upload Your Memory View All Memories
Be the first to upload a memory!
Share A Memory
Plant a Tree