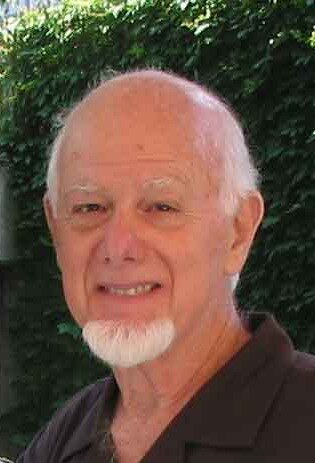 Please share a memory of Ernest to include in a keepsake book for family and friends.
View Tribute Book
Ernest Chardi, age 84, went home to be with the Lord on Sunday, April 24, 2022. He is survived by his wife, Mary. Ernie grew up in Dover, NJ, where he joined the United States Army after graduation from High School. He was stationed in Germany where his love of music and skill with the trumpet led him to form a drum and bugle corps. His CO was so impressed he released him and his fellow musicians from KP rotation to practice. After leaving the army he went to Rutgers where he followed his dream by taking computer classes. He became a database systems programmer and data base administrator which led him to be employed by several major corporations. While employed by a major airline he was able to travel extensively. He worked at Platinum Technology as a DB2 instructor, and also at IBM as a consultant helping other companies install and support DB2 systems. After his retirement from full-time work at IBM, he continued to teach data base administration courses wherever IBM would send him. Ernie had a special love for tennis and built a tennis court on his property in Florida where he gave lessons. He was also an avid reader, lover of plants and loved to travel. When his teaching career was over, Ernie was privileged to donate his time as a volunteer to Inspira Medical Center in Elmer, NJ, where he worked with many wonderful people in Day Surgery and then in the Emergency Department. It was divine providence that he was able to see them one more time before he was taken to his eternal home. Funeral services will be held at the PADGETT FUNERAL HOME, 1107 State Highway 77, Upper Deerfield Township on Friday, May 6th at 11:00 AM. Friends will be received at the funeral home from 10:00 to 11:00 AM prior to the services. Interment will take place at the Brigadier General William C. Doyle Veterans Memorial Cemetery in Wrightstown, NJ. In lieu of flowers, donations may be sent to New Life Church, PO Box 700, Millville, NJ 08332. Written condolences can be sent to the family at www.padgettfuneralhomes.com
Friday
6
May

Look inside to read what others have shared
Family and friends are coming together online to create a special keepsake. Every memory left on the online obituary will be automatically included in this book.
View Tribute Book
Share Your Memory of
Ernest
Upload Your Memory View All Memories
Be the first to upload a memory!
Share A Memory
Plant a Tree