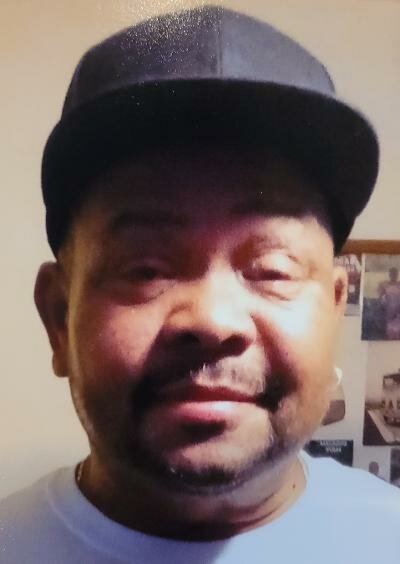 Please share a memory of Benjamin to include in a keepsake book for family and friends.
View Tribute Book
Benjamin “Chubby, Chuck” E. Rivera, 59, of Vineland passed away Saturday, April 9, 2022, at Copper University Hospital in Camden. Born in Bridgeton, NJ, December 31, 1962, to Mariano Rivera Sr. and the late Florence Wims Rivera, he was the husband of Toreda I. Jackson Rivera. He had been a Cumberland County resident most of his life. Chuck retired as a truck driver from Pipco in Rosenhayn. Prior to his retirement he had worked as an Assistant Supervisor for T-Fal, receiving several awards for excellent work over his 11 years of employment. Chuck was a chef for the Olive Garden and had opened the Mays Landing location, he had also worked for Vineland Syrup and the power plant in DE. He was certified in Weatherization. In his free time, he enjoyed fishing, playing cards, going to auctions, flea markets, yard sales, and spending time with his family. He was an avid Philadelphia Eagles fan. Sunday dinners during football seasons were a favorite past time. He is survived by; his wife, Toreda I. Rivera of Vineland; children, Lotraney Evans, Dontaye Benjamin Rivera, Ronald O. Rivera-Jackson and Dontay Kearney; siblings, Barbra Solomon, Gladys Rivera, Evelyn Rivera, Matilda Pryor, Johnny Rivera, Mariano Rivera Jr., Carmen Rivera and Gloria Rivera; two Aunts, Ruth Wims and Laura Brown; and a beautiful family of sisters-in law, brothers-in-law, 7 grandchildren, nieces, nephews, cousins and loving close friends. He was preceded in death by his mother Florence Wims Rivera. Funeral services will be held at the PADGETT FUNERAL HOME, 1107 State Highway 77, Upper Deerfield Twp. on Wednesday, April 20th at 11 AM. Friends will be received at the funeral home from 9 AM to 11 AM prior to the services. Written condolences can be sent to the family through the funeral home website at www.padgettfuneralhomes.com.
Wednesday
20
April

Look inside to read what others have shared
Family and friends are coming together online to create a special keepsake. Every memory left on the online obituary will be automatically included in this book.
View Tribute Book
Share Your Memory of
Benjamin
Upload Your Memory View All Memories
Be the first to upload a memory!
Share A Memory
Plant a Tree