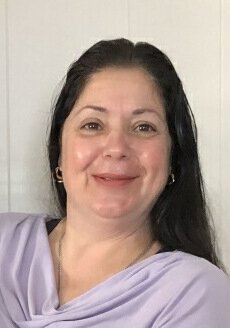 Please share a memory of Maria to include in a keepsake book for family and friends.
View Tribute Book
Maria G. Miller, 54, of Upper Deerfield Twp. passed away at her home on Wednesday morning, April 13, 2022. Born in Philadelphia to Rocco Anthony Maniscalco and the late Lydia Riccobene Maniscalco, she was the wife of Ronald “Ron” Miller. Maria had lived at her current address in Upper Deerfield for the past four years and prior to that she had resided in Deerfield Twp., Bridgeton and Vineland. Maria had been most recently employed as a communications officer through the New Jersey Department of Corrections at the South Woods State Prison. She had been formerly employed at the Claridge Casino Hotel in Atlantic City in Security and at The Arc in Gloucester County. In her free time, Maria loved traveling with her husband, Ron, attending concerts and spending time in Atlantic City. Her family described her as a person who loved to entertain and a great cook. Most of all she loved to spend quality time with her family, especially her granddaughter. She is survived by; her husband, Ron Miller of Upper Deerfield Twp.; her father, Rocco Anthony Maniscalco of Chesilhurst; her sons, John Morris of Hopewell Twp. and Brian Morris of Upper Deerfield Twp.; her daughter, Peyton Miller of Upper Deerfield Twp.; her beloved granddaughter, Aubrey Rose and her sisters, Nadina “Dina” Riccobene of Ulster Twp., PA and Andrea Willis (Micheal) of Chesilhurst. She was preceded in death by; her mother, Lydia Riccobene Maniscalco and her brother, Rocco Anthony Maniscalco, Jr. Funeral services will be held at the PADGETT FUNERAL HOME, 1107 State Highway 77, Upper Deerfield Twp. on Saturday, April 16th at 3 PM. Friends will be received at the funeral home from 2 PM to 3 PM prior to the services. Written condolences can be sent to the family through the funeral home website at www.padgettfuneralhomes.com.
Saturday
16
April

Look inside to read what others have shared
Family and friends are coming together online to create a special keepsake. Every memory left on the online obituary will be automatically included in this book.
View Tribute Book
Share Your Memory of
Maria
Upload Your Memory View All Memories
Be the first to upload a memory!
Share A Memory
Plant a Tree