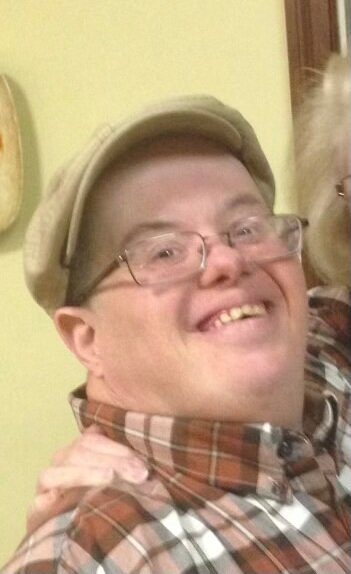 Please share a memory of Keith to include in a keepsake book for family and friends.
View Tribute Book
Keith D. Peterson, 51, passed away on January 29, 2022 at Jefferson Hospital in Washington Twp. Born in Bridgeton to the lat Marcia (Palmer) Peterson and Raymond Peterson, Sr., Keith was a resident of Bridgeton most of his life. In 2006, Keith transistioned to a wonderful group home within the Elwyn Organization at Rosalie Lane in Vineland. Rosalie was where Keith met his best friend Cory and wonderful caregiver, Tonae, along with many others that worked in the home over the years. Once Keith settled into his new group home, he flourished and had the best time going to work, bowling, to the movies, shopping and out to eat. Keith was selected to play “Santa” for holiday events over the years at the Cumberland Mall and enjoyed singing with his Elwyn group. Keith was kind-hearted, selfless and had the best memory. Once he knew your name, it was never forgotten and he was happy to call everyone by name. Keith was an avid Phillies and Eagles fan but will be most remembered for his number one favorite past time, watching WWF wrestling. He was a number one fan from his early childhood and had an extensive collection of wrestling figures which included his all-time favorite Shawn Michaels. Keith is survived by his special friends that have lovingly taken care of him since his mother's passing; Linda Holt, Tracy Holt-Jenkins and Rachel Jenkins-Torres of Bridgeton; his best friend, Cory of Vineland and his very special caregiver/friend Tonae of Bridgeton. Keith will be laid to rest next to his beloved mother in a private services in Belle, WV.

Look inside to read what others have shared
Family and friends are coming together online to create a special keepsake. Every memory left on the online obituary will be automatically included in this book.
View Tribute Book
Share Your Memory of
Keith
Upload Your Memory View All Memories
Be the first to upload a memory!
Share A Memory
Plant a Tree