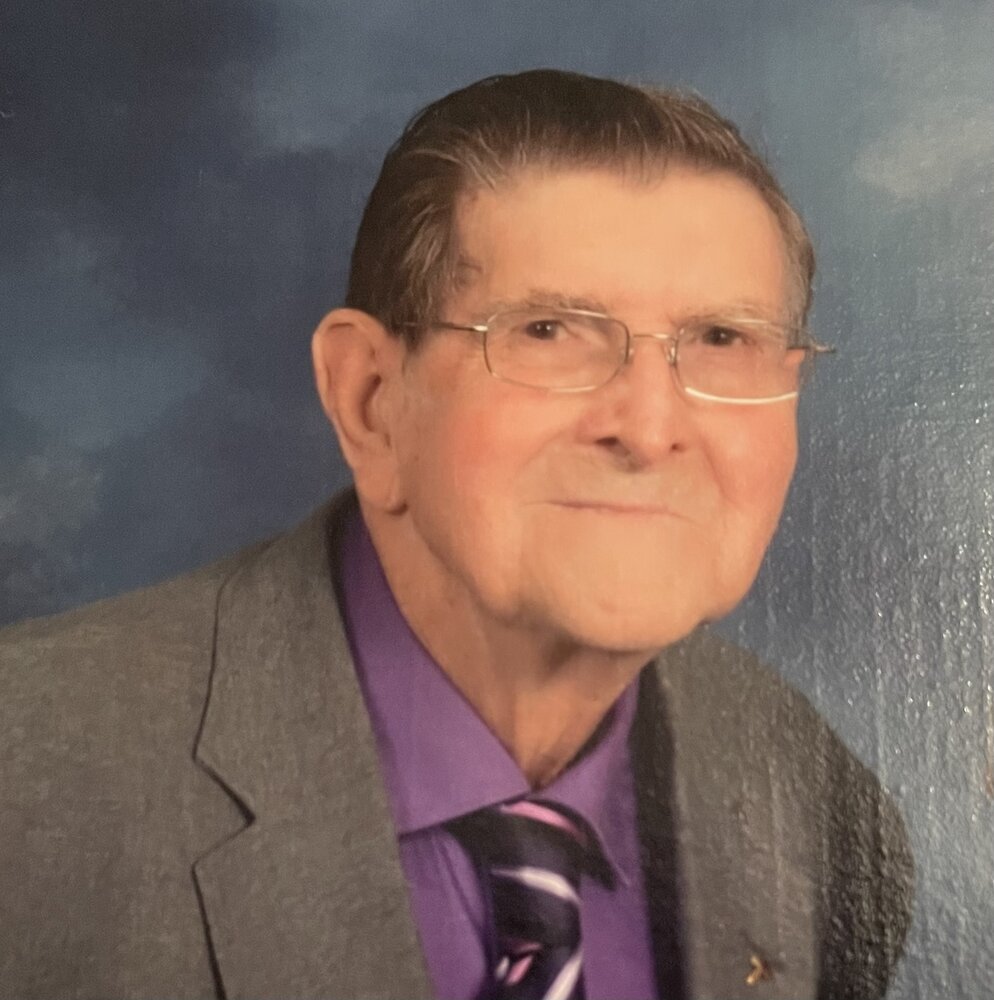 Please share a memory of Donald to include in a keepsake book for family and friends.
View Tribute Book
Donald F. Sloan, 86, of Bridgeton passed away on Sunday, November 21, 2021 under the care of his family and hospice at the home of his son, Steven, in Vineland where he had been staying during his recent illness. Born in Salem, he was the son of the late Thomas Sloan and Mabel Carter Sloan and was the husband of the late Helen Dixon Sloan who just recently passed on October 19th of this year. Raised in Hopewell Township, he had been a Bridgeton resident for the past eight years and had also resided in Upper Deerfield Township and Stow Creek Township. Donald was a veteran and had served his country as a member of the United States Army. Before his retirement, he had been employed as a groundskeeper at Cumberland Regional High School for 25 years. He had also been employed at the former Price Label Company in Bridgeton for 19 years and with Sloan’s Greenhouses at the family nursery. He was a longtime member of the Cohansey Baptist Church where he had served as a deacon and in the church choir and was involved with the Sunday School since the mid 1960’s. An avid Philadelphia Phillies and Eagles fan, he was also a Cumberland County 4-H member. Surviving are his six children, Mabel Laquitara of Bridgeton, Donald J. “Donnie” Sloan of Atlantic City, Thomas G. Sloan (Nancy) of Bridgeton, Patricia “Patty” Getz (Bill) of Feasterville, PA, Bruce A. Sloan (Janeen) of Stow Creek Twp. and Steven R. Sloan of Vineland; 14 grandchildren and 15 great-grandchildren and a brother, Gary Sloan, Sr. of Hopewell Township. Funeral services will be held at the Cohansey Baptist Church, 714 Roadstown Road, Bridgeton on Tuesday, November 30th at 11:00 AM. Friends will be received at the church on Monday evening November 29th from 6:00 to 8:00 PM and on Tuesday morning from 10:00 to 11:00 AM. Interment will take place at Cohansey Baptist Cemetery. Arrangements are under the direction of the PADGETT FUNERAL HOME, Upper Deerfield Township. Written condolences can be sent to the family at www.padgettfuneralhomes.com.
Monday
29
November