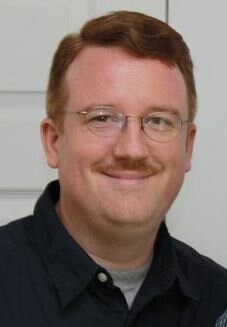 Obituary of Michael B. Thompson

Please share a memory of Michael to include in a keepsake book for family and friends.
View Tribute Book
Michael Brian Thompson passed away on Wednesday, September 15, 2021 from pancreatic cancer. He was 50 years old. Michael lived in Pittsgrove, NJ. Michael was born on September 26, 1970 in Bridgeton, NJ. Michael is the son of Jean Thompson and Brian Thompson. He is the big brother to Julie Thompson and Katie Wilson. Michael married the love of his life, Sarah Wilson on May 25, 2002. Michael graduated in 1988 as Valedictorian at Fairton Christian School. He received the American Legion Award in 6th grade. He graduated from Rowan University in 1991 with a bachelor's degree in computer science. Michael was employed at IBM (Prudential) and then at Cape May Regional Medical Center as a Manager of Revenue Cycle Applications. Michael fell in love with Star Wars at the age of 7. His passion continued into adulthood and was shared with all of his loved ones. Michael enjoyed playing Fantasy Football and was a 6 time champion in the Jedi Power League he helped found in the year 2000.He was a die hard Philadelphia Eagles fan. One of his greatest joys was watching the Eagles win Superbowl LII. He dedicated a wall in his home to display superbowl memorabilia in honor of the 2017 superbowl run. Michael was a gifted photographer and loved to capture the lives of those he loved. Michael served Living Faith Alliance Church as a children's church teacher. He was a youth group leader for many years at Good News Assembly of God where he touched many lives. He played the drums for many years in the church orchestra. Michael was known for his unique laughter and goofy humor. Michael loved being with his family. He was a devoted husband, father, son, brother and uncle. Michael would have done anything for anyone. He is survived by; his loving wife, Sarah of 19 years; two daughters, Jordyn Grace and Lexi Joy; his parents, Jean Thompson and Brian (Kalena) Thompson; his sisters, Julie (Ken) Thompson and Katie (Jason) Wilson; his nephews, Kaleb and Jadon and his nieces Tori, Erica, Bella and Kari. He was preceded in death by; his grandparents, Gordon and Betty Sheppard, Albert (Lola) Thompson and Gladys Hundt and his nephew Gabriel Wilson. Michael accepted Jesus as his Lord and Savior as a young child. His life was devoted to bringing glory to God in all that he did. Funeral services will be held at Solid Rock Worship Center (Formerly Good News Assembly of God), 6 Holly Avenue, Bridgeton on Tuesday, September 21st at 11 AM. Interment will take place at Overlook Cemetery in Bridgeton. Visitations will be held at Solid Rock Worship Center on Monday evening September 20th from 6 PM to 8 PM and on Tuesday morning from 10 AM to 11 AM prior to the services. Donations are being accepted for a college account for Michael's daughters. This information will be forthcoming. Written condolences can be sent to the family through the funeral home website at . www.padgettfuneralhomes.com
Monday
20
September

Look inside to read what others have shared
Family and friends are coming together online to create a special keepsake. Every memory left on the online obituary will be automatically included in this book.
View Tribute Book
Share Your Memory of
Michael
Upload Your Memory View All Memories
Be the first to upload a memory!
Share A Memory
Plant a Tree