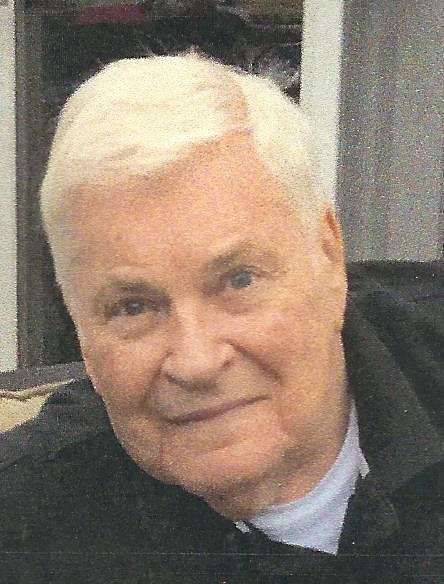 Obituary of Otto A. Wirsing, Jr.

Born in Bridgeton to the late Otto P. Wirsing, Sr. and Selma Fischer Wirsing, he was the husband of Karen Weber Wirsing. Otto had been a resident of Upper Deerfield Twp. most of his life.

Otto is a veteran of the United States Marine Corp. and served during the Korean Conflict. He was stationed in Miami Beach, FL. He was a proud Devil Dog.

Prior to his final retirement at age 80, he had worked at his daughter's office, Joan W. Halter, CPA for 16 years, where he performed many different tasks around the office. He had been formerly employed at Owens Illinois Glass Co. in Bridgeton as a mechanic and crew leader for over 30 years until its closing and Copyquik in Philadelphia as a service technician. He was a member of the Emmanuel Lutheran Church, where he served as an Usher and former Treasurer. In his earlier years, Otto enjoyed playing softball, bowling and serving as a Boy Scout Leader and Little League Coach. He was a member of the Back Road Cruisers Antique Car Club and the Marine Corp League. Otto was also known to his family and friends as a World War II historian.

He is survived by; his wife, Karen Wirsing of Upper Deefield Twp.; three children, Sharon L. Williams and her husband, Bob of North Port, FL; Joan W. Halter and her husband, Mike of Upper Deerfield Twp. and Brett Waller and his wife, Staycee of Williamstown; three grandchildren, Danyelle Waller, Grace Halter and Cassidy Waller and many other nieces, nephews, cousins and other family members. He was preceded in death by; his first wife, Faye Cooke Wirsing; his son, Paul “Buck” Wirsing and a brother, Rudy Wirsing.

Funeral services will be held at the PADGETT FUNERAL HOME, 1107 State Highway 77, Upper Deerfield Twp. on Tuesday, October 8th at 11 AM. Interment will take place at Laurel Lawn Cemetery. Friends will be received at the funeral home from 10 AM to 11 AM prior to the services. Donations can be made in Otto's memory to Emanuel Lutheran Church, P.O. BOX 363, Elmer, NJ 08318. Written condolences can be sent to the family through the funeral home website at www.padgettfuneralhomes.com.