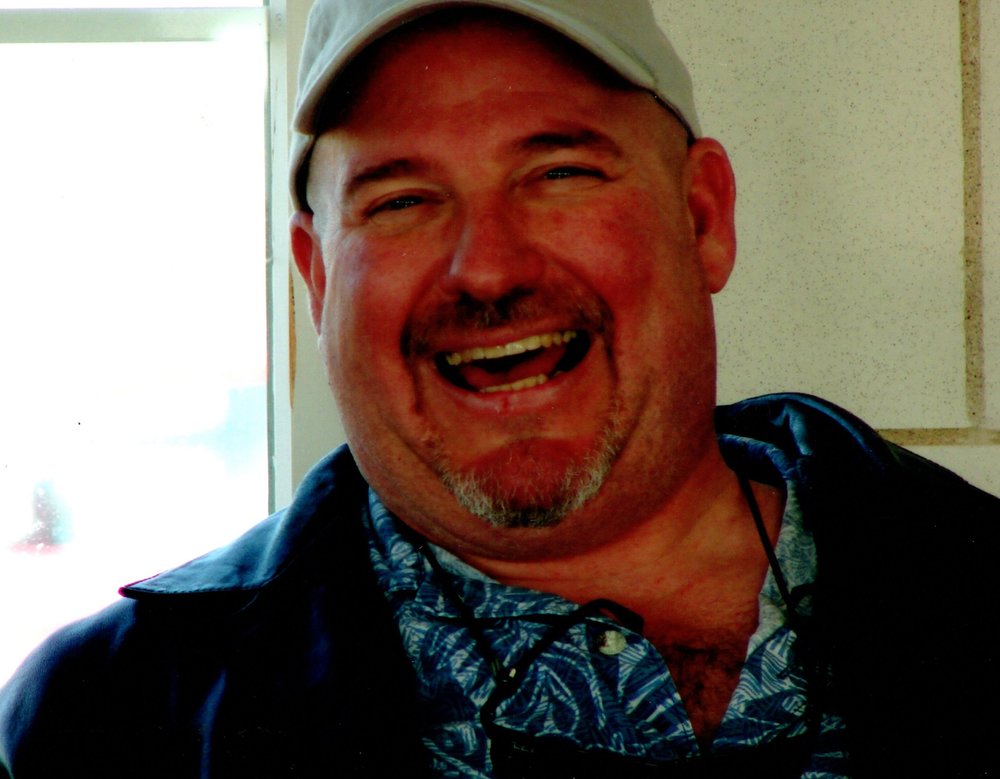 Russell Joseph Hull, 59, of Bridgeton, NJ, passed away peacefully on Sunday, September 8th, 2019, at his home on Clark’s Pond. He had been under the care of his loving wife Joni and hospice for the last several months.

Russ was born in Vineland, New Jersey to Wilbert and Frances (Toffenetti) Hull on March 2, 1960. Russ was active in Boy Scouts for many years. At Vineland High School he participated in football and track and graduated in 1978. He attended Chowan College in Murfreesboro, NC.

After working for Duralith Corporation in Vineland for several years, Russ and his business partner, Jim McMahon, launched Custom Graphics in 1985. From its humble beginnings in a chicken coop, the business grew and eventually moved to its current location on Landis Avenue in Vineland.

Russ was an avid volleyball player on the Driftwood and Vineland Rec. League teams for decades. Russ was a passionate gardener; he designed and built perennial gardens and brick terraces around his home, he then jumped into vegetable gardening as well. Russ was quite prolific in growing and preserving a wide variety of fruits and vegetables under the label “Stewed Tomato Farms.” He also added a poultry division (eggs) and began making maple syrup as well.

Two activities that brought Russ great joy were kayaking and traveling to various Blues Festivals from upstate New York to Florida. When Russ took time to sit down, it would always be with at least two dogs in his lap. Over the years Russ took in six rescue pups and loved them all dearly.  His dogs Jingles and Twinkles are missing him now.

Russell is survived by his wife, Joni Resides; beloved daughter, Jordan Toft of Philadelphia; his parents, Will and Fran Hull of Vineland and Naples, FL; a sister, Suzanne Pfisterer (Rob) of Mohnton, PA; a brother, Thomas Hull of Arlington, VA; nephews, Eric Pfisterer (Kelsey) of Westlawn, PA and Alex Pfisterer of Dover, NJ; aunts, Geri Covely (Harry) of Mantua and Barbara Osler (William) of SC and an uncle, Robert Chini (Margie) of FL. Russ was preceded in death by; beloved son, Tanner Toft, his aunt Carol (Smeltzer), his uncle Bob Clegg and his maternal and paternal grandparents and great-grandparents.

A memorial service will be held at the PADGETT FUNERAL HOME, 1107 State Highway 77, Upper Deerfield Twp. on Friday, September 13th at 5:30 PM. Services will be conducted by Monsignor Roger McGrath. Friends will be received at the funeral home from 4 PM to 5:30 PM prior to the services. Donations in Russell’s memory may be made to the Fairfield Volunteer Fire Company #1, P.O. Box 66  Fairton, NJ 08320 and Angelic Hospice Care, 8025 Black Horse Pike, Suite 501, West Atlantic City, NJ 08232, in gratitude for their compassionate services to Russ and Joni. Written condolences can be sent to the family through the funeral home website at www.padgettfuneralhomes.com.