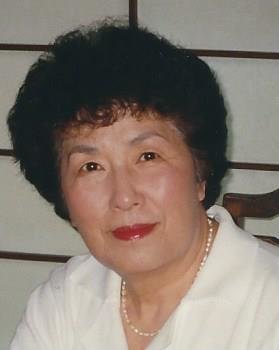 Teiko M. Taniguchi, 92, of Deerfield Twp. passed away peacefully at the Maurice House in Millville under the care of Hospice.

Born in Delano, CA to the late Tadashi and Kaneyo Ogata, she was the wife of the late Jim T. Taniguchi. Teiko had been a resident of Deerfield Twp. since the late 1940's. She and her family were interned at camp number one Poston, AZ from 1942 to 1945. Upon their release from internment camp, she and her family moved to Seabrook where they gained employment at Seabrook Farms and she met her late husband, Jim.

Prior to her retirement, Teiko proudly worked as the Administrative Assistant to the President of Cumberland Mutual Insurance in Hopewell Twp. for over 15 years. Before that, she had been employed in the accounting department of Rovner's Deparment Store for many years. She was a member of Seabrook Buddhist Temple and the Seabrook Japanese American Citizens League. One of her great passions in life was being a part of the leadership of the Minyo Dancers and she took great pride in cultural folk dances they performed. In her free time, Teiko enjoyed traveling with her late husband, Jim, putting together her many photo albums and in her younger years, she enjoyed playing tennis and bowling.

A memorial services will be held at the PADGETT FUNERAL HOME, 1107 State Highway 77, Upper Deerfield Twp. on Saturday, September 14th at 11 AM. Friends will received at the funeral home from 10 AM to 11 AM prior to the services. In lieu of flowers, the family requests that donations can be made in Teiko's memory to the Seabrook JACL, c/o Sharon Yoshida, 4 Mallard Lane, Bridgeton, NJ 08302 or to the Seabrook Buddhist Temple, 9 Northville Rd., Bridgeton, NJ 08302. Written condolences can be sent to the family through the funeral home website at www.padgettfuneralhomes.com.