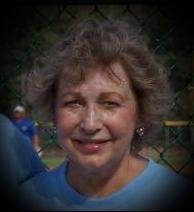 Donna R. Henderson, 75, of Hopewell Twp. went to be with the Lord on Friday, August 9, 2019 at her home under the care of Hospice and her family.

Born in Hopewell Twp. to the late Raymond Harvey and Blanche Johnson Harvey, she was the wife of Rondy R. Henderson, Sr. Donna had been a lifetime resident of Hopewell Twp.

Prior to her retirement, she had been employed in the packing department at Wheaton Tubing in Millville. She had been previously employed at the former Bridgetowne Restaurant, the Savoy Inn and she was also a homemaker who enjoyed caring for her family. Donna was an active member of First Wesleyan Church in Upper Deerfield Township where she sang with the choir.

Memorial services will be held at First Wesleyan Church, 200 Laurel Heights Drive, Bridgeton on Tuesday, August 13, 2019 at 1 PM. Friends will be received at the church from 11 AM to 1 PM prior to the services. In lieu of flowers, donations can be made in Donna's memory to First Wesleyan Church, 200 Laurel Heights Drive, Bridgeton, NJ 08302. Private interment will take place at the convenience of the family at Fernwood Memorial Park in Hopewell Township. Arrangements are under the direction of the PADGETT FUNERAL HOME, Upper Deerfield Township. Written condolences can be sent to the family through the funeral home website at www.padgettfuneralhomes.com.

Share Your Memory of
Donna
Upload Your Memory View All Memories
Be the first to upload a memory!