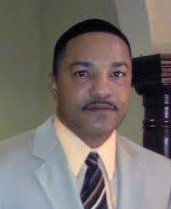 Obituary of Kenneth B. Goodwin

Kenneth B. “Keggy” “Kenny G.” Goodwin, 50, of Vineland passed away unexpectedly on Wednesday, July 3, 2019 at Inspira Medical Center in Vineland.

Born in Bridgeton to Sharon Gould Goodwin and the late Norris Goodwin, Sr., he was the husband of Audra Saunders.

Kenneth had been employed by; Buona Vida in Bridgeton as a machinist for over 10 years. He had also been previously employed as a HVAC technician with Mainline Fuel in Bridgeton and Modern Heating in Bridgeton. He also operated his own business, Total Comfort Heating and Chimney Sweeps. Kenneth was a member of the Eagles Airy in Bridgeton. In his free time, he enjoyed riding motorcycles, camping, boating, fishing, shooting pool and tirelessly caring for his lawn. His family described him as a character who was loved by everyone who came into contact with him.

He is survived by; his wife, Audra Saunders of Vineland; his son, Kendrell B. Goodwin of Vineland; his mother, Sharon Gould-Goodwin of Bridgeton; two brothers, Norris Goodwin, Jr. and his wife, Erica of Fairfield Twp. and Felton D. Goodwin and his wife, Shandell of Williamstown and many nieces, nephews and other family members. He was preceded in death by; his father, Norris Goodwin, Sr. and his biological father, Carl Wells.

Funeral services will be held at Union Baptist Temple, 30 Martin Luther King, Jr. Way, Bridgeton on Thursday, July 11th at 11 AM. Interment will take at Cedar Hill Cemetery in Cedarville. Friends will be received at the church from 9 AM to 11 AM prior to the services. Written condolences can be sent to the family through the funeral home website at www.padgettfuneralhomes.com.

Share Your Memory of
Kenneth
Upload Your Memory View All Memories
Be the first to upload a memory!