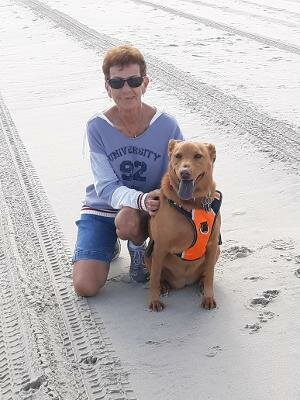 Please share a memory of Diana to include in a keepsake book for family and friends.
View Tribute Book
Diana M. Morgan, 75, of Maurice River Twp. passed away on Sunday, September 18, 2022, at home under the care of her family and hospice. Born in Bridgeton to the late Joseph and Theresa Deluke Macera, she was the wife of Raymond Morgan Jr. She had been a Cumberland County resident all her life. Diana was most recently employed at American Appliance, retiring after 10 years. Prior to that she had worked for Val Mode in Bridgeton for many years and Wheaton Glass Company. In her free time, she enjoyed crafting, spending time with her family, and playing the Penny Slots at the casinos. She enjoyed crafting of all kinds, but specifically sewing and making wreaths. One of Diana’s favorite things to do was spend time in Ocean City during the off season with her husband, Ray. She is survived by; her husband, Raymond Morgan Jr. of Maurice River Twp.; her children, Deandra Beebe (Andrew) of Hopewell Twp., Anthony Sauro of Bridgeton, Elizabeth Morgan of Hammonton, and Raymond Morgan III (Melissa) of Lawrence Twp.; her sister, Antoinette Weaver (Paul) of Vineland; five grandchildren and four great grandchildren. She was preceded in death by; her parents, Joseph, and Theresa Macera; siblings, Joseph Macera, Anthony Macera and Teresa Henry. Services will be held privately at the convenience of the family. Written condolences can be sent to the family through the funeral home website at www.padgettfuneralhomes.com.

Look inside to read what others have shared
Family and friends are coming together online to create a special keepsake. Every memory left on the online obituary will be automatically included in this book.
View Tribute Book
Share Your Memory of
Diana
Upload Your Memory View All Memories
Be the first to upload a memory!
Share A Memory
Plant a Tree