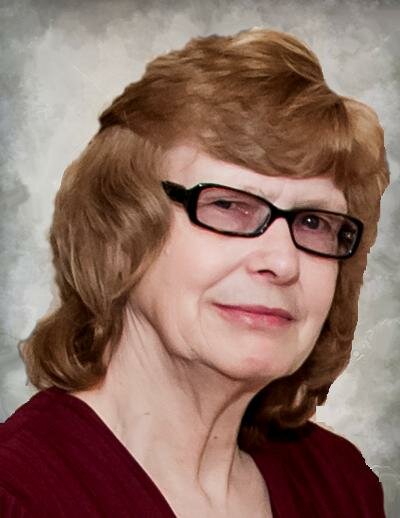 Please share a memory of Lona to include in a keepsake book for family and friends.
View Tribute Book
Lona Rebecca Keene (nee Blankenship), 77, of Bridgeton, NJ passed away on Saturday morning, April 23, 2022, peacefully at home while under the care of Hospice and her daughter Terania, with whom she lived. The wife of the late Willie A. Keene who passed away in 1996, she was born in Panther, McDowell County, West Virginia and was the daughter of the late Noah and Rathmer Blankenship. Lona was considered by all who knew her as a hard worker and devoted caregiver. Being one of those people who preferred to work behind the scenes, her work was tireless and constant. Although she wasn’t very verbal with her feelings, everyone who was close to her knew where they stood with her. Her Christmas feasts were a thing to behold, as she would prepare enough food and desserts to feed a small army, even though the meal was for a handful of people. She loved to serve, so much so that there wasn’t a meal that she had anything to do with that you didn’t hear “mom, everyone has what they need … sit down and eat!” Lona loved spending time with her grandchildren and great grandchildren, and she was an avid shopper, even though the items she purchased were more often for her family and/or friends than herself. Aside from shopping, her favorite pastimes were, cooking, baking, and searching for new recipes. After her retirement from the graphics industry, she worked for several years, and was recognized by many as a cashier for Wawa of Upper Deerfield Township, from which she retired in 2018. She is survived by her 3 sisters, Rosa Thompson (Glen), of Abingdon, Va., Lena Frances Jackson (Billy), of Panther, WV, and Anna Merced (Ray) of Sevierville, TN. Besides her parents, Lona was predeceased by 3 brothers, Jesse Blankenship (Glenda), formerly of Gaylesville, AL , Hillard Blankenship (Rosie), formerly of Bland, VA, and an infant brother, Ralph Blankenship. She is survived by her daughter, Terania Keene Adams (Todd) of Bridgeton, granddaughter Chelsi E. Adams Riley (Ryan) of Upper Deerfield Township, granddaughter Lauren B. Adams Morgan (Eric), of Upper Deerfield Township, grandson Zachary Z. Adams (Ashley) of Hopewell Township, as well as 8 great grandchildren and several nieces and nephews. Relatives and friends are invited to attend the funeral services on Friday morning, April 29, 2022 at 11 o’clock at the PADGETT FUNERAL HOME, 1107 State Highway 77, Upper Deerfield Township, NJ, with Rev. Dr. Rob Weinstein of Bethany Grace Community Church officiating. The interment will take place at Overlook Cemetery in Bridgeton. Friends will be received at the funeral home on Friday morning between 10:00 and 11:00 AM prior to the services. Written condolences can be sent to the family through the funeral home website at www.padgettfuneralhomes.com.
Friday
29
April

Look inside to read what others have shared
Family and friends are coming together online to create a special keepsake. Every memory left on the online obituary will be automatically included in this book.
View Tribute Book
Share Your Memory of
Lona
Upload Your Memory View All Memories
Be the first to upload a memory!
Share A Memory
Plant a Tree