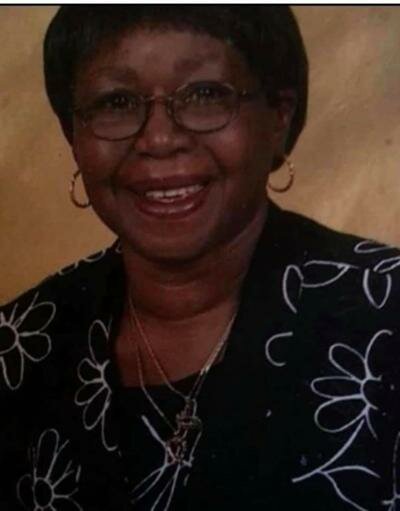 Please share a memory of Deloris to include in a keepsake book for family and friends.
View Tribute Book
Deloris was finally reunited with her middle child Geneva Latanya Bethune (Tanya) when she passed away peacefully while in the loving care of her eldest child Melissa Bethune-Mc Coy on Thursday April 21, 2022. Deloris was surrounded by her loved ones including her “baby” Robert (Peanut) and most of her 11 Grands and 14 Great Grandchildren. Her Grandchildren are Qeyman (the baby), Kameelah, Nadir, Randy, Tanya, Che (Robert) Melissa, Debra Bakirah, Ashley (Her Ashley) and Trey (Robert). Deloris was preceded in heavenly rest by her mother Sally father Johnny, Brothers Johnnie and Lonza (Robert) and Sister Ann. Her living siblings are Mary Edith (Aunt Rhea), of South Carolina, Walter Mouzon of Norwalk Connecticut and Reverend Jonathan Mouzon of Manning South Carolina. Deloris (is) a Beloved Mother, Grandmother, Great-Grandmother, Daughter, Wife, Sister, Sister-in-law, Aunt, Cousin and Friend. Deloris was born on January 8, 1947, in Manning SC. She attended Manning Training School. In her early adult life, she moved to Newark New Jersey and married Robert Bethune (Bobby). She gave birth to Melissa, Tanya and Peanut. She also had a son (Sylvester) and daughter (Diana) who were her partners in crime. After Robert’s passing, she married James Ganzy, Jr. and moved to Winter Haven Fl. She worked and lived in Winter Haven for more than 20 years. She was the stepmother of five and step-grandmother to 7. She held a special place for her grandson Malichi Ganzy. Mom’s optimism, strength of character, bravery and resilience offers an example to all that knew her. Mom had a humble yet regal presence and always believed in the power of self-determinism under the umbrella of God. Funeral services will be held at the PADGETT FUNERAL HOME, 1107 State Highway 77, Upper Deerfield Township, NJ on Saturday, April 30th at 12:00 Noon. Friends will be received from 11:00 AM to 12:00 Noon prior to the services at the funeral home. Interment will take place on Monday, May 2nd at 2:00PM at Heavenly Rest Cemetery in East Hanover, NJ. Written condolences can be sent to the family at www.padgettfuneralhomes.com
Saturday
30
April

Look inside to read what others have shared
Family and friends are coming together online to create a special keepsake. Every memory left on the online obituary will be automatically included in this book.
View Tribute Book
Share Your Memory of
Deloris
Upload Your Memory View All Memories
Be the first to upload a memory!
Share A Memory
Plant a Tree