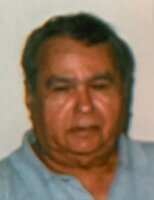 Jose Perez Sanchez, 89, of Upper Deerfield Twp. passed away on Friday, April 1, 2022 at the Cumberland Manor in Hopewell Twp. Born in Arecibo, Puerto Rico to the late Juan Perez and Mariana Sanchez, he was a resident of Upper Deerfield Twp. since 1975 and prior to the he had resided in Millville. Prior to his retirement, Jose had worked at Diamond Automotive in Millville and Kress Container Co. in Millville. In his free time, he enjoyed playing and collecting guitars, working on cars, and cooking especially Puerto Rican food. He is survived by; two daughter, JoAnn Roach (Kevin) of Fredericksburg, VA and Mariana Wetherbee (Nelson) of Millville and three grandchildren, Alessia, Robert and Korrine. He was preceded in death by; his parents and two brothers. Funeral services will be held privately at the convenience of the family. Written condolences can be sent to the family through the funeral home website at www.padgettfuneralhomes.com.