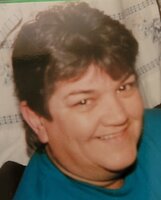 Joyce Lynn Fowler-Edwards, 75, of Hopewell Twp. passed away on Saturday, December 25, 2021 at her home under the care of Hospice and her family. Born in Lowell, NC to the late J.W. Fowler and Inez Burgess Fowler, she had lived in Hopewell Twp. for the past 10 years. Before that Joyce had resided in Gastonia, NC, and Upper Deerfield Twp. where she was a long time resident. Prior to her retirement, Joyce had worked at the former Motel 77 in Bridgeton for many years. While in Gastonia, NC, she had worked for Raush Industries assembling Christmas ornaments. In her free time, Joyce enjoyed Bingo, pinochle, confusion rummy and reading novels. Most of all, Joyce loved to spend quality time with her family especially, her grandchildren and great-grandchildren. She is survived by; her daughters, Kimberly Bowe (Brad) of Hamstead, NC, Karen Miletta (David Mills) of Hopewell Twp., Lori McClure of Gastonia, NC and Madonna Edwards (Bernard Soto) of Northfield; her siblings, Barbara D. Fowler-Godfrey of Bridgeton and Bobby Fowler of Newport, TN; her grandchildren, Tiffany, Heather, Jason, Alan, Laura, Alisha, Tameka, Sara and Reese and many great grandchildren. She was preceded in death by; her son, James “Bo” McClure, her brother, Billy Fowler and her sister, Brenda Buggs. Graveside funeral services will be held at Laurel Lawn Cemetery, 170 Old Deerfield Pike, Upper Deerfield Twp. on Thursday, December 30th at 11:30 AM. Written condolences can be sent to the family through the funeral home website at www.padgettfuneralhomes.com.