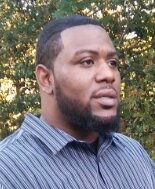 Charles J. “Pooper” Thomas II, 38, of Millville passed away unexpectedly on Monday, October 4, 2021 at Our Lady of Lourdes Medical Center in Camden. Born in Salem to Charles Webster and Jennie M. Thomas-Smith, he had been a resident of Millville for the past four years. Prior to that, he had been a resident of Bridgeton for most of his life. Charles had been most recently employed in the Dietary Department at Manahawkin Nursing and Rehabilitation for a few years. He had also worked as a construction worker and was based out of Berlin. Charles had attended Faith Outreach Deliverance Church in Bridgeton. He loved to watch football and was an avid Philadelphia Eagles fan. In his free time, Charles loved to travel, hang out with friends and most of all spending time with family especially his children. He is survived by; his mother and step-father, Jennie M. and Steve Smith of Millville; his father, Charles Webster of Norfolk, VA; his seven children, Zi'asia Johnson stationed in Hinesville, GA, Charles Thomas III of Bridgeton, Nahveona Thomas, Minaya Thomas, Nylah Thomas, Myron Wilson and Char'marie Thomas; his grandmother, Florene Jones of Fairfield Twp. ; his siblings, Stephanie Spencer of Bridgeton, Maalik Webster, Alonzo Mincie of Vineland, Amber Webster of Atco, Sherod Buckner of VA, Obadiah Thomas of Millville and Jeannie Thomas of New York City and his grandson, Cayden Johnson. He was preceded in death by; his grandparents, Edgar and Allie Mae Thomas. Funeral services will be held on Saturday, October 16th at Chestnut Assembly of God, 2554 E. Chestnut Ave., Vineland at 11 AM. Interment will take place at Cedar Hill Memorial Park in Hopewell Twp. Friends will be received at the church from 9 AM to 11 AM prior to the services. Written condolences can be sent to the family through the funeral home website at www.padgettfuneralhomes.com.