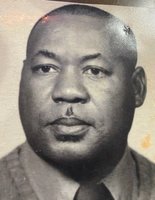 Henry Wiggins, 96, of Fairfield Twp. passed away on Sunday, July 18, 2021 at his home. Born in Barnwell, South Carolina to the late Joe and Ella Wiggins, he was the husband of the late Lucille Harden Wiggins whom he wed on April 25, 1972. He was a Fairfield Twp. resident since 1972. Henry was a member of the United Food and Commercial Workers Union Local #152, Mount Laurel and spent his career at Seabrook Bros and Sons in Upper Deerfield Twp. In his free time, he enjoyed drinking gin and brandy with his friends. He is survived by; his son, John H. Wiggins of Miami; his favorite niece, Helen Grant of Vineland; his close family friend, Barbara Forrest of Fairfield Twp.; his cousin, Geraldine Davis of North Carolina and his niece, Pastor Alean Odom of North Carolina. He was preceded in death by; his wife, Lucille; his son, Gary Wiggins; his brothers, Charlie Wiggins, Willy Wiggins, Lewis Wiggins and Cuda Wiggins; his sisters, Aggie Lou Jenkins, Mattie Belle Barnes and Fannie Mae Jenkins and his niece, Dorothea Wiggins. Funeral services will be held at the PADGETT FUNERAL HOME, 1107 State Highway 77, Upper Deerfield Twp. on Tuesday, July 27th at 11 AM. Interment will take place at Fordville Memorial Park in Fairfield Twp. Friends will be received at the funeral home from 9 AM to 11 AM prior to the services. Written condolences can be sent to the family through the funeral home website at www.padgettfuneralhomes.com.